The Comparison Map provides an at-a-glance reference for comparing and contrasting other key developmental theories with the Gravesian approach. (Click on the graphic for an enlarged view of the map on its own. Click back in your browser to return to this page.) 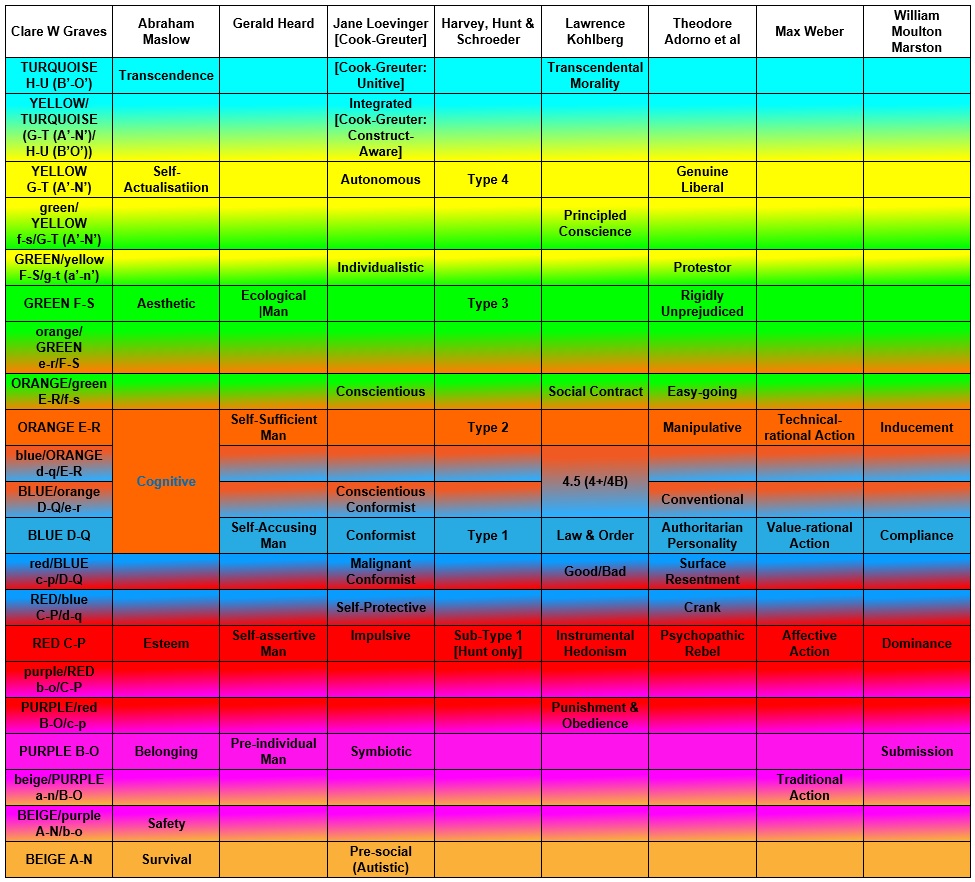 Notes:-
Where developmentalists have matched their models to those of other developmentalists, they do not always agree completely with each other’s matches. There is, therefore, a small degree of my personal interpretation in the chart above. Differences between the work of Clare W Graves, Abraham Maslow, Jane Loevinger/Susanne Cook-Greuter and Lawrence Kohlberg are dealt with in vMEMES and/or 3 Stage Theories of Development.

Other differences are  outlined briefly below.

The researchers shown in this chart are the ones whose work is more significant and influential and which most closely resembles the sequences found in the Gravesian approach. The map is based to a significant degree on the work of Bill Lee, the ‘Graves Archivist’. To view Bill’s expanded and more detailed pages comparing the Gravesian levels with the work of other developmental psychologists, including ones not represented here, please visit the Graves web site: www.clarewgraves.com. Bill’s comparisons are themselves based on Graves’s (1978/2005) matches.