PART 2
The freaky stuff!!!!
In over 30 years of research Graves discovered some fairly startling information about the way the systems he had identified operated:-

It seemed to Graves that there was a qualitative difference between the first 6 levels – of subsistence – and the seventh and eighth – of being. (In this he paralleled Maslow’s distinction between the lower needs (deficiency and growth) and being needs.) It also seemed to Graves that the seventh and eighth levels were far more complex reflections of the first and second. From this he began to speculate that the systems developed in tiers of 6, each a more complex reflection of the previous tier. By the early 1980s he preferred to annotate G-T as A’-N’ and H-U as B’-O’ in accordance with his idea of repeating tiers. (It needs to be stated that the concept of repeating tiers of 6 seems to have been pure speculation on Graves’ part; there is no known evidence for this.) 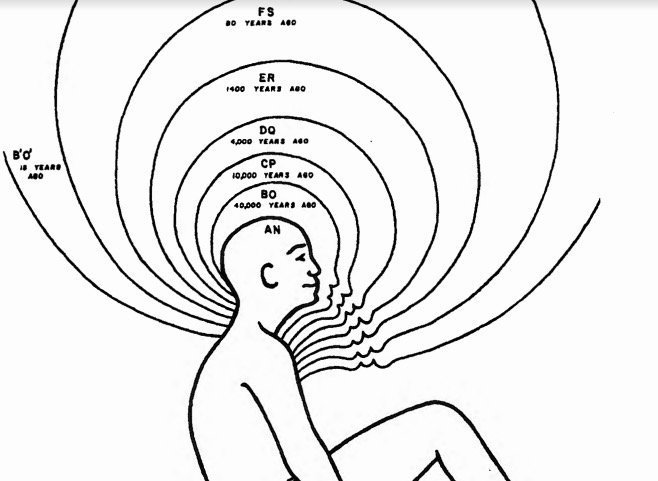 Another of Graves’ more fanciful ideas is of a timeline of how the systems emerged over time – see above. While obviously human complexity of thinking has increased in such stages over time, the actual allocation of time periods is open to debate. Eg: Graves locates the emergence of F-S at the end of the 19th Century…but the principles of liberté, égalité, fraternité in the French Revolution of 1789 could be argued to be the first large-scale expression of GREEN in the West. 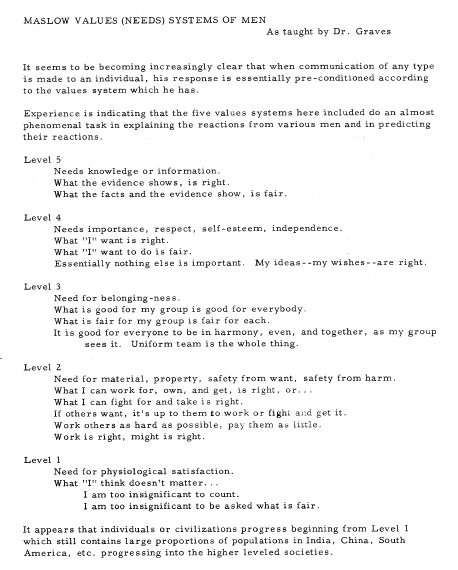 Graves and Maslow
As Graves collected his data, he tried to make sense of it through mapping it to Maslow’s Hierarchy. This clearly influenced his teaching as the page of student notes (left) shows. However, he came more and more to the conclusion that there were several discrepancies between his evidence and Maslow’s construct. Arguably, the most critical of these was finding a more complex level, H-U, than G-T which Graves equated to Maslow’s Self-Actualisation.

This led to some theoretical debate with Maslow. How much Maslow and Graves communicated over the years and how much they influenced each other is a matter of some conjecture. However, Graves is known to have sympathised with a tearful Maslow at a mid-1950s American Psychological Association (APA) conference after Maslow had been heckled and barracked by a hall full of Behaviourists; and, in May 1965, when Maslow was ill, Graves stood in for him and presented his paper in New York City. Maslow drew the attention of British writer Colin Wilson to Graves’ work and introduced them to each other – Wilson’s 1972 book on Maslow’s life and work being one of the first to take Graves’ theory beyond the USA.

Graves claimed it was his data depicting H-U that compelled Maslow to recognise there was a mode of being beyond Self-Actualisation. How quickly Graves made Maslow aware of his 1959  discovery is not known…but by 1962 Maslow was casting doubt on whether Self-Actualisation was a complete end state. By 1969 Maslow was one of the founders of the Transpersonal Psychology movement and openly using the term Self-Transcendence to describe motivation beyond Self-Actualisation. The more knowledgeable students of Maslow tend to place Transcendence as the highest level in the Hierarchy, though Maslow died before he could formally revise its structure himself.

A lingering difference between Graves and Maslow, however, was that of the ‘ultimate state’. Maslow saw the stages of development as forming a pyramid, with Self-Actualisation – later, succeeded by Transcendence – forming the apex. Graves, on the other hand, came to believe in the brain-mind’s ability to ever expand its repertoire of coping mechanisms by creating new thinking systems as circumstances demanded. This is illustrated in Spiral Dynamics by both the nomination of the hypothetical level I-V (CORAL) beyond H-U (TURQUOISE) and the Spiral ‘balloon’ graphic – the latter showing how the succeeding mindsets are greater in complexity, thus forming an ever-expanding spiral. (However, there is yet to be any scientifically-credible evidence of anyone thinking in a way beyond H-U.) Self-Actualisation was, for Graves, a never-ending process, not a (final) state and Maslow was mistaken to think of the meta-level of thinking he described in 1956 – which Graves equated to G-T – as Self-Actualisation.

Graves (1971a/1988, p13) does claim that Maslow and he eventually reached agreement on this issue:  “You should know that Maslow came around to my point. If you look at some of his later writings, you will see that he accepted both (1) the cyclic idea that there were more than one kind of expressive system and more than one kind of belonging system and (2) that the system is open ended. We finally, after fighting this over for eight years, came to a fundamental agreement along that line.”

The Graves legacy
Although severe ill health – a heart attack and a brain injury sustained during surgery in 1975 – forced his retirement from Union College in 1978, Graves continued to carry out research and to make presentations as best he could. His health problems effectively brought to an end his attempts to write a book about his work and the theory he had developed from it – though large portions of it had been completed by 1977.

‘The Never Ending Quest’, published in 2005, was an invaluable completion of the abandoned manuscript by editors Chris Cowan & Natasha Todorovic, using other Gravesian materials.

Not particularly good at promoting himself in academic circles, Graves had relatively little material published in psychological journals during his lifetime – although he did have several pieces published in management/business-oriented periodicals. Cowan & Todorovic, in their introduction to ‘The Never Ending Quest’, attribute (piv) a reluctance in Graves to publish in psychological journals being due to witnessing Maslow’s experience at the afore-mentioned APA conference. “The memory of an icon being lambasted and emotionally crushed by  colleagues stuck with Clare Graves who seems to have vowed that he would never put himself in Maslow’s position. Instead he would conduct rigorous research and release his findings only when the theory was ripe and defensible in the face of the harshest criticism.” 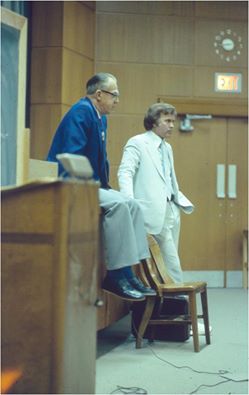 However, by the time of his retirement, Graves’ work was being taken very seriously indeed by a number of small networks across the United States. One particularly important pocket of support was in Texas where Scott & Susan Myers at Texas Instruments introduced the concepts to colleagues Charles Hughes & Vincent Flowers. Hughes & Flowers soon became the Center for Values Research – but not before Flowers had taken up a position at North Texas State University where he interested Don Beck & Chris Cowan (who eventually became the National Values Center) in Graves’ work. Together and separately they championed his ideas both within academia and in applications to industry & commerce and education.

When Graves died in 1986, Beck had already established his own remarkable project of applying Graves’ model to the deteriorating situation in Apartheid South Africa. Graves and Beck consulted closely during the mission’s first few years and Graves made a joint presentation to the World Future Society in 1984 with Beck and Loraine Laubscher, one of his principal South African contacts. (See: Don Beck & South Africa.) 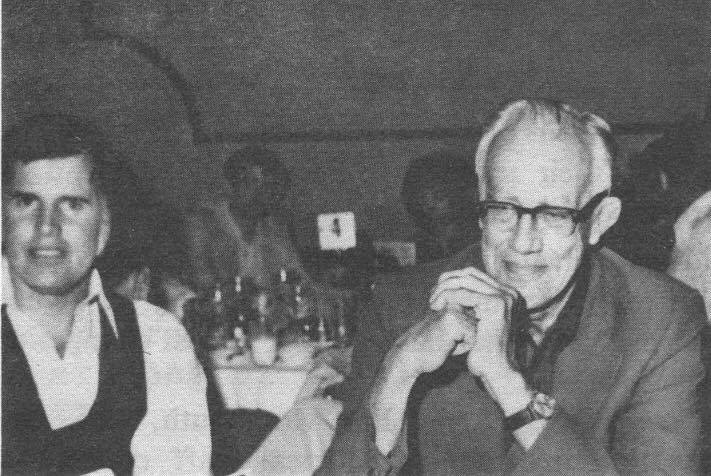 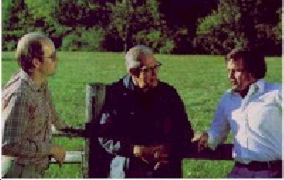 In addition to the application of the Graves Model in South Africa,  large-scale uses of  it as the Spiral Dynamics ‘build’ include work with government departments in Holland, input into redesign of the Icelandic constitution – see Bjarni Snæbjörn Jónsson’s Citizen-Driven Community and Nation Building – and work with representatives of the Palestinian Authority on the future of that nation. Beck has set up the Centres of Human Emergence to progress this approach. The first major use of Spiral Dynamics in the UK was the HemsMESH project, based at Hemsworth High School in Pontefract, West Yorkshire.

Interestingly, Graves (1971b/2002) said he had only limited data depicting the systems in children but called on the work of O J Harvey, David E Hunt & H M Schroeder (1961) and Hunt (1966) who had more data showing their equivalents of Graves’ systems – see Comparison Map – at work in children.

While it is arguably the most powerful development of Graves’ work, Spiral Dynamics is far from being the only ‘build’ on his work. Eg: Charles Hughes & Vincent Flowers (1978) set up their Value Systems Analysis model to apply Graves’ concepts to industry & commerce. Aiming for a similar market, in 1989 Dudley Lynch & Paul Kordis launched what would become, in Lynch’s hands, a whole series of Graves-derived books and assessment tools using the metaphor of ‘ dolphin strategy’.

In recent years, before their deaths in respectively July and September 2015 – see the Blog post Fare Thee Well, Christopher Cowan! – Cowan worked closely with Bill Lee, the self-described ‘Graves Archivist’, to recover, preserve and publish original Graves materials – both online and paperbound. Much of their work is available at www.clarewgraves.com.

Graves’ model and his theory have yet to be validated to academic standards. However, hundreds – if not thousands! – of Gravesians are actively using the model to make a difference in the ‘real world’.