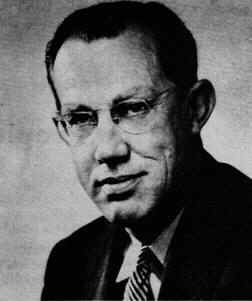 Clare W Graves (1914-1986) was the psychologist on whose work Spiral Dynamics (Don Beck & Chris Cowan, 1996) and several other powerful and practical conceptual models have been built.

Although he achieved the eminent position of ‘Professor of Psychology Emeritus’ at Union College, Schenectady, New York State, when he retired through ill health in 1978, he was not particularly well known outside of certain academic and management theory networks and he has been largely ignored since his death.

However, his model and the theory that supports it are without doubt amongst the most powerful and certainly the most cohesive and comprehensive of all attempts to map the development of the human psyche. Those who get to grips with Graves’ work tend to become decidedly passionate about it – such is the power of the model! His work is critical and fundamental to the aims of Psychology and the other behavioural sciences and is at the core of Integrated SocioPsychology.

Graves was an associate professor at Union when he began his remarkable project in 1952. (He became a full professor in 1956.) At the time Graves recognised the frustration of his students when trying to make sense of the differing theories of personality development and human nature he had taught them – often expressed in terms such as: “Okay, professor. Now we know Maslow and Rogers and Skinner and lots of others. Which theory is right?”

Graves felt as frustrated as his students and was on the verge of quitting Union when he resolved instead to carry out his own research project, starting completely from scratch – ie: he didn’t use any existing theory as a starting point. Effectively Graves started without a hypothesis and with only the broadest of aims! By collecting data without any preconceptions as to what patterns might emerge from its analysis, he was laying  the foundations for what the sociologists Barney Glaser & Anselm Strauss (1967) would come to term Grounded Theory.

In 1984, just over 30 years later, Graves gave his last major presentation (to the World Future Society) on what he had come to call the Emergent Cyclical Double-Helix Model of Adult Bio-Pyscho-Social Behaviour.

The methodology – an insight
Graves began by getting his students to write down their conceptions of the psychological health of biologically-mature human beings. He did this on an annual basis and then had the data collated, assessed and categorised by panels of independent judges (inductive thematic analysis). A different set of independent judges were used each year to maintain a double blind effect and ensure the current year’s categorisations were not influenced by the previous year’s.

He tested students in groups categorised according to the independent judges, using a variety of then-standard psychological assessments for measures including:-

Graves also worked on specific problem-solving exercises with the categorised groups. Additionally he used group discussions to see how much students conformed to the views of their classmates in the group and whether group norms were established.

He conducted biophysiological tests with light and sound on the categorised groups (Graves, 1971a/1988) and tested their galvanic skin response (electrical conductivity of the skin) (Graves, 1971b/2002). He even injected some of them with hormones to see what effect this would have on their thinking and behaviour in terms of his model (Graves, 1978/2005). Tachistoscope tests revealed a near normal distribution for perceptual recognition of terms associated with their categorisation. The nearer the term was to the values of the categorised group, the more quickly it was recognised; the further away it was, the longer it took to detect the term. As Rainer Krumm & Benedikt Parstorfer (2018, p36)) remark about these findings: “This demonstrated that one’s own value systems make a difference in the subconscious processing of information.” Clare W Graves, W C Huntley & Douglas LaBier (1965) confirmed these tachistoscope findings for the C-P to G-T systems.  Svenja Caspers et al had very similar results in 2012, showing how reliable they were.

Some of Graves’ methods would be regarded as rather dubious when set against the heavy emphasis on ethics by today’s research academics. He did not tell his students what his intentions were but allowed them to think the various tests and exercises were part of their standard curriculum. He also observed them through 2-way mirrors and secretly tape-recorded them.

In trying to make sense of the immense amount of data he was collecting, Graves initially tried to map it against Abraham Maslow’s Hierarchy of Needs (1943, 1956), with which he had been much impressed. Besides Maslow, he also conversed regularly with O J Harvey and David E Hunt (of Harvey, Schroeder & Hunt) – Hunt had been one of his students at Union – and Jack Calhoun, among others.

As news of his work and the conclusions he was drawing began to spread in the 1960s and 1970s, Graves received invitations to work in industrial situations, educational institutions and with prison populations which enabled him to collect data from new and quite different population groups – thus reducing sample bias.

Unfortunately Graves appears to have entertained some short-sighted C-P – the RED vMEME in Spiral Dynamics – in his own thinking as he threw out a large amount of the original test materials, retaining only the collated results. This has created difficulties in replicating and validating Graves’ project – already daunting due to its 30-year length and the sheer amount of data he collected.

The results – an insight
Early on Graves and his judges identified two basic values-oriented systems and 2 sub-systems of each system.:-

Note: Graves did not use the letter-pair combinations of A-M for life conditions (in the environment) and N-Z for systemic/motivational response (vMEME) until after 1970. (In the 1970 publication A-M were the systems and N-Z  the life conditions – though Graves very soon after changed the  letter pairing to what has become the accepted convention.) The 1970 letter pairs and descriptions are used here for ease of understanding.

Graves identified what he later termed the G-T (YELLOW) level with the characteristics of Self-Actualisation, as described by Humanistic psychologists such as Maslow (1956) – especially – and Carl Rogers (1959). (Rogers also used the term ‘Full Function’ for this level.)

In 1959 Graves found for the first time a very small number of his students identifying a level clearly beyond G-T as a superior conception of the psychologically-healthy human being: Deny/Sacrifice Self to existential realities (H-U).

In 1966 Graves published the first version of his 7 levels of thinking model:-

Clearly, in attributing individualistic characteristics to what he would later term H-U – though he was working with a very small sample size – Graves had yet to realise fully the cycling between individualistic and collectivistic motivations. The Autistic (A-N) and Animistic (B-O) levels were sketched in, drawing from the work of leading anthropologists; these levels did not show up as such in the studies Graves conducted.

By the time the first version of his model was published, Graves had identified an Express-Self  level less complex than Awakening & Fright (D-Q) yet containing some of the cruder elements of Aggressive Power Seeking. Express Self impulsively at any cost (C-P) became the missing level. Graves correlated this discovery with the arrival of significant numbers of students from blue collar/working class backgrounds at Union due to changes in the funding and admission regimes. (It was the identification of this level which led Hunt in 1966 – terming it ‘Type Sub-1’ – to break from colleagues Harvey and H M Schroeder who were reluctant to acknowledge a level below ‘Type 1’ (D-Q). (The Comparison Map illustrates how the work of other developmental psychologists and behavioural scientists like Maslow and Harvey, Schroeder & Hunt (1961) maps to the Gravesian levels.) 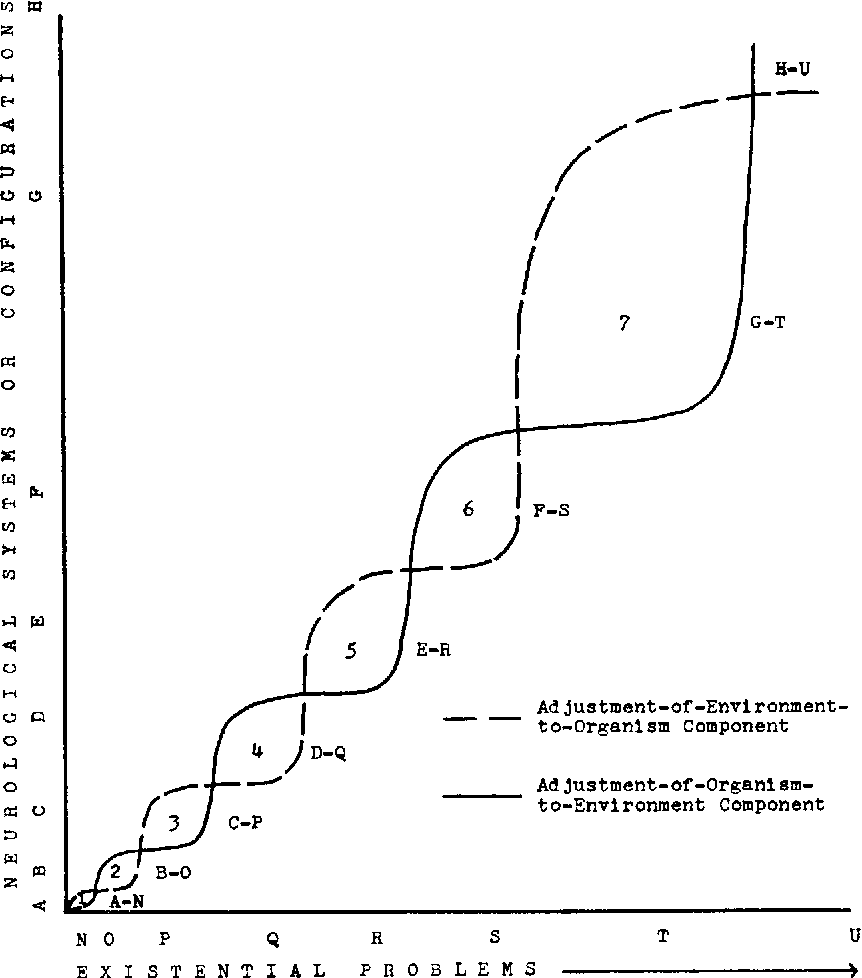 By the late 1960s Graves was making substantial revisions to his model from the ongoing collection of data. The basics of the full theory were in place by 1970 – see graphic above.  He postulated that the match of a system with the prevailing life conditions (in the environment) created an ‘existential state’ – or level. Thus…

In 1981, in his last published work, Graves (Clare W Graves & Chris Cowan) laid out a summary of his theory, key points of which were:-

Though he admitted he personally couldn’t find enough reliable and significant evidence for it, Graves thought it likely there were relationships between the levels and intelligence and temperament. (In the case of the latter, it can only be assumed Graves was unaware of the work of N N Trauel (1961), brought to attention in Hans J Eysenck’s (1967) work on Dimensions of Temperament.)