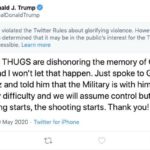 If the stories are true – and there does seem to be some confusion in the accounts – then Hamid Karzai’s government sneaked into law on 27 July an amended version of the Personal Status Law for Afghanistan’s minority Shi’ite population. (Around 15% of the country’s 30 million citizens – the vast majority of whom are Sunnis, to whom the new law does not apply.) The coming into law of this measure certainly does seem ‘sneaked’. With the likes of Barrack Obama, Gordon Brown, France’s Human Rights Minister Rama Yade and NATO boss Jaap de Hoop Scheffer joining the international chorus of protest against the original version of the bill in the Spring, Karzai promised to review the measure before implementing it. Now, just days before the increasingly tightly-contested elections, he appears to have sneaked it into law with some different words but the same meanings. Human Rights Watch says it has seen a copy of the final law that requires Shia women to satisfy their husbands’ sexual appetites at least every 4 days, an article which critics have said could be used to justify marital rape. It enshrines a husband’s right to withdraw basic maintenance from his wife, including food, if… Read More