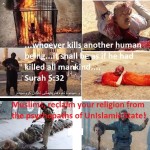 This article on the BBC News the other day (13 October) really caught my eye…about there being a shortage of suitable men for the women of Latvia. Of course, there have been many shortages of men before. Usually after wars there are shortages of men since men do most of the fighting. Even in the one and only truly ‘total war’ of World War II, far more men were killed than women. Eg: the Germans lost over 5 million men and the Soviet Union an estimate of upto 10 million. (If just some of the anecdotes I’ve heard are true, British and American soldiers in the ruins of Berlin in 1945 could have almost any German woman they wanted, especially if they had chocolate, cigarettes, nylons, etc, to give away.) However, a significant shortage in peace time is unusual. Paradoxically statistics show that more male babies are born in Latvia than girls. However, a high early male mortality rate means there are 8% more women than men in the country. Among the under-30s, there are almost 9,000 more men than women. However, this is inverted between the ages of 30-39 so that there are almost 3,000 more women than men. This… Read More