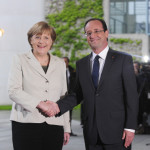 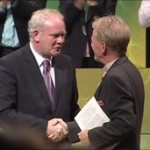 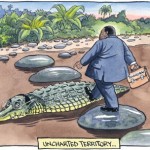 by Alan Tonkin I am honoured once more to publish AlanTonkin’s work as a ‘guest blog’. Alan wrote this piece for the Global Values Network web site he runs but also thought it would be appropriate to publish it here. GVN is one of the most advanced projects in the world at using Spiral Dynamics to monitor shifts in societies and assess impacts at national, international and even global levels. Unsurprisingly, with South Africa and Zimbabwe sharing a border, Alan takes a close interest in his country’s troubled neighbour. This highly-perceptive piece considers the flawed values mismatch in the agreement signed this week between ZANU-PF and the Movement for Democratic Change and looks at what the MDC needs to do to make the agreement work Why Zimbabwe needs a system of shared power in transition Following the signature of the Power Sharing Agreement between the two factions of the MDC and ZANU-PF in Harare yesterday, it is worth considering the implications of this in more detail. There was little or no chance of ZANU-PF and the security chiefs agreeing to Robert Mugabe stepping aside.  At the same time the strength of the MDC position was that the economy was declining ever faster into the… Read More

The Critical Link between Failed States and Values 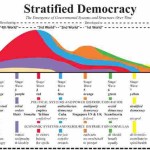 by Alan Tonkin I am honoured once again to publish AlanTonkin’s work as a ‘guest blog’. Alan wrote this piece for the Global Values Network web site he runs but also thought it would be appropriate to publish it here. GVN is one of the most advanced projects in the world at using Spiral Dynamics to monitor shifts in societies and assess impacts at national, international and even global levels. As the world seems to become an ever-more dangerous place, Alan offers this consideration as to why so many ‘Third World’ states fail to develop in positive and healthy ways for the benefit of their own peoples and the international community. The latest edition of Foreign Policy magazine for July/August 2008, in conjunction with The Fund for Peace, has just published their latest rankings of Failed States with Africa occupying 7 of the top 10 positions. These include Somalia (1), Sudan (2), Zimbabwe (3), Chad (4), the Democratic Republic of the Congo (6), the Ivory Coast – no 8 – and the Central African Republic (10). The non–African countries are Iraq (5), Afghanistan (7) and Pakistan (9) which are in the Middle Eastern region (see map below – copyright © 2008 The Fund for… Read More