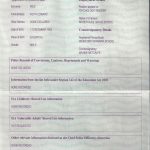 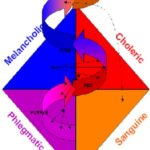 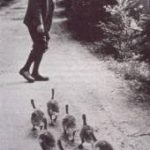 Updated: 31 March 2017 The largely complementary attachment theories of John Bowlby (1969) and Rudolph Schaffer (Rudolph Schaffer & Peggy Emerson, 1964; Schaffer, 1996) mostly focus on the conscious cognitive and affective aspects of the formation of an attachment bond between the child and its primary caregiver (usually the mother), being in broad agreement that this is usually in place by the time the child is 6-7 months old. However, Bowlby (1958) was convinced that there existed an innate drive to attachment between child and mother and that this was adaptive. For evidence from an Evolutionary perspective, Bowlby was initially dependent on animal studies of imprinting such as those of Konrad Lorenz (1935). Lorenz had shown that animals such as geese and ducks imprint on the first thing they see after breaking the egg and treat it as their ‘mother’. (Famously, Lorenz got greylag goslings to imprint on his wellington boots, after which they would follow him around when wearing them!) Lorenz proposed that imprintability is genetically switched on and then switched off, effectively anticipating the development of Epigenetics. From this, Stephen Lea (1984) proposed that instinct gives the gosling chicks the concept or template of the mother but the environment has to supply… Read More 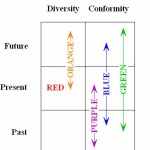 Time to turn against Cannabis!

The dangers of cannabis use are back on the front pages thanks to a report just published in The Lancet from a team led by Theresa Moore & Dr Stanley Zammit. From their meta-analysis of 35 studies from around the world, Moore & Zammit inferred that any use of cannabis – which means even taking the drug just once – was associated with a 41% greater risk of experiencing some form of psychosis – and possibly even developing full-blown Schizophrenia. People who smoked the most cannabis were the most likely to suffer a psychotic breakdown; for frequent users, the risk rose to between 50% and 200%. Overall, cannabis could be to blame for one in seven cases of Schizophrenia and other life-shattering mental illness. With up to 40% of teenagers and young adults in the UK believed to have tried cannabis, the researchers estimated that the drug could be behind 14% of cases of Schizophrenia and other psychotic illnesses. Perhaps fortuitiously Gordon Brown announced on 18 July that the status of cannabis was to be considered as part of a wide-ranging drugs review commissioned by Home Secretary Jacqui Smith. The Brown-Smith move was initiated a week after former Tory Party leader Iain Duncan Smith called for reclassification of cannabis from ‘C’ back to ‘B’ in… Read More