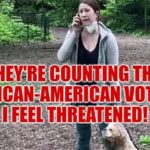 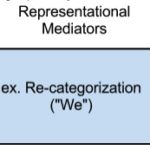 PART 3 Common In-Group Identity Model The Common In-Group Identity Model is a theoretical model proposed by Samuel Gaertner et al (1993) that outlines the processes through which inter-group bias may be reduced.  It is derived from the Social Identity Theory approach to inter-group behaviour. The model describes how intergroup bias can be reduced if members of different groups can be persuaded to see themselves to be part of the same, larger group, then they would develop more positive attitudes of the former out-group members. An individual will change the way they view the out-group through re-categorising former out-group members as members of the enlarged in-group. In other words, their existing schema set is modified by taking on board memes of shared values. Re-categorising is driven by giving the different groups a ‘common out-group’ that they are concerned about. Thus, they start to see themselves as having a shared in-group identity against the shared out-group. Eg: in soccer Manchester United vs Liverpool fan conflicts can be transcended by getting both sets of fans to see themselves as being England supporters vs Scotland supporters. Working together against the common ‘enemy’ creates a sense of homogeneity amongst the former opponents. Importantly, while  re-categorisation… Read More 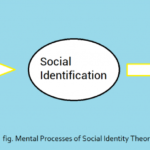 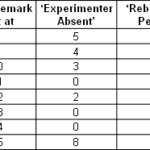 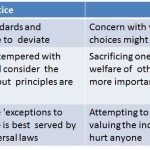 PART 2 Stages of Moral Development Lawrence Kohlberg’s Stages of Moral Development constitute an adaptation of a psychological model originally conceived of by Swiss psychologist Jean Piaget (1932). Kohlberg, while a Psychology postgraduate student at the University of Chicago, expanded Piaget’s concepts and then developed them throughout the course of his life. The theory holds that moral reasoning, the basis for ethical behaviour, has 6 identifiable developmental stages, the thinking at each more adequate at responding to moral dilemmas than its predecessor. Kohlberg followed the development of moral judgement far beyond the ages studied earlier by Piaget who also claimed that logic and morality develop through constructive stages. Expanding on Piaget’s work, Kohlberg (1963) determined that the process of moral development was principally concerned with justice and that it continued throughout the individual’s lifetime – a notion that spawned dialogue on the philosophical implications of such research. Kohlberg also took the concept beyond Piaget’s model in that he allowed for moral development to be influenced by aspects of the social environment such as what other people might say. (Piaget limited moral development to the effects of the individual’s own active self-discovery.) Kohlberg’s methodology used the Moral Judgement Interview he had first developed… Read More

The Northampton ‘Supergran’ and the Issues She raises

The footage of ‘supergran’ Ann Timson belting hell out of a bunch of would-be ‘smash ‘n’ grab’ scooter boys at a jewellers in Northampton the other week (7 February, to be precise) has had me musing ever since it was first  broadcast. The fact it is has become a ‘viral phenomenon’, spreading right around the world, has only caused me to muse further. By pure coincidence, a camera man was over the road filming for a documentary and he managed to capture the entire event on film. The footage was aired on ITN News that evening. Within hours, it was on YouTube and received nearly 6,000 views over the next 24 hours. Now there are multiple versions all over YouTube, Daily Motion, etc, using Superman logos and music like Chris De Burgh’s ‘Lady in Red’, etc, etc, etc. Ann Timson’s onslaught has made news bulletins in the United States, Australia and many other countries. The event itself raises important questions – as does the fact it has become such a ‘viral phenomenon’. Just in case you haven’t seen it or you need a reminder, here’s a slight edit of the original footage…   Ann Timson So what made a 71-year-old grandmother with arthritis in… Read More