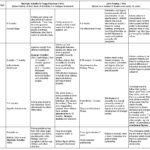 Updated: 23 August 2016 Attachment can be defined as a deep and enduring emotional bond that connects one person to another across time and space (John Bowlby, 1969; Mary Ainsworth, 1973). Attachment does not have to be reciprocal.  One person may have an attachment to an individual which is not shared.  According to Bowlby, attachment is characterized by specific behaviours in children, such as seeking proximity with the attachment figure when upset or threatened. The process of attachment is clearly influenced by caregiver sensitivity, plus where both caregiver and child tend to locate on the Dimensions of Temperament – see Caregiver Sensitivity vs Temperament Hypothesis. However, other factors also have a major influence:- The PURPLE vMEME’S need to find safety in belonging This will be underpinned by a BEIGE/PURPLE vMEME harmonic using close proximity as a means to ensure survival, in terms of both sustenance and protection Perceptual development The baby needs to develop visual, auditory and kinaesthetic senses to recognise its mother/primary caregiver Cognitive development The baby needs to make sense of its perceptual input and relate it to its need to survive and develop through attachment In attempts to track the progress of attachment development, there are 2 principal stage… Read More 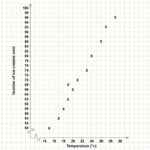 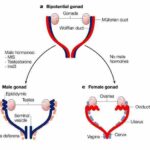 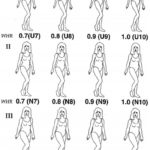 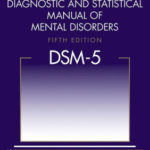 Click the question to go to its answer… 1. It’s said you have severe reservations about NLP. Please explain. 2. Were you expelled from the British Association of Counsellors & Psychotherapists? 1. It’s said you have severe reservations about NLP. Please explain. Updated: 17/05/15 Neuro-Linguistic Programming (NLP) contains some very powerful therapeutic techniques indeed. And I use a number of these as first choice in tackling a therapy client’s problems. However, I do have severe reservations about NLP being presented, taught and used as if it is a complete and cohesive set of theories, models and techniques. Firstly, it is theoretically weak. There is no unified or even connectionist set of theoretical underpinnings. In terms of theory, it is a ragbag of disjointed models which are not properly integrated. Put the vMEMES of the Gravesian approach at the core of NLP and most of it starts to make sense. Even then it ignores many facets of the human psyche covered in other schools of Psychology. This, unfortunately, does not stop many NLPers – including ‘guru’ figures who should know better – from claiming that NLP can be used to tackle any and every form of psychological problem. It can’t! For one… Read More

Updated: 10 February 2016 Meta-programmes, a key concept in Neuro-Linguistic Programming (NLP), are observable distinctions in mental processing, as reflected in language and behaviour. They act as filters for how and what we let into our heads  – memes from the external world influencing the schemas of our internal representations – and they shape what comes out from us in terms of language and concepts – our schemas becoming memes to influence others. Meta-programmes are usually depicted as poles at the opposite ends of a scalable continuum. The concept of meta-programmes was conceived in the late 1970s by Leslie Cameron Bandler (then wife of NLP co-developer Richard Bandler), building on Noam Chomsky’s groundbreaking work around linguistic patterns reflecting mental filters. David Gordon, Robert Dilts and Maribeth Meyers-Anderson were among Cameron-Bandler’s leading collaborators in identifying the first sets of meta-programmes. As NLP has grown in scope and complexity, so more and more meta-programmes have been charted to identify more and more distinctions. Leading ‘guru’ Wyatt Woodsmall has reputedly talked about having identified over 350 meta-programmes! In 1997 L Michael Hall & Bob Bodenhamer grouped 51 principle meta-programmes into 5 overarching categories: mental, emotional, volitional, response and meta meta-programmes.They also linked meta-programmes to the concept… Read More