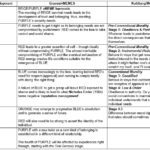 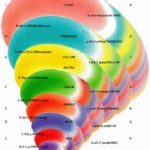 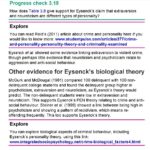 Nos   A    B    C    D    E    F    G    H    I    J    K    L    M    N    O    P-Q    R    S     T     U    V    W    X-Y-Z 1st/2nd Order Change: in the Graves Model – and its Spiral Dynamics ‘build’ (Don Beck & Chris Cowan, 1996) – 1st Order Change involves modifications to the existing way of thinking without any fundamental change in motivation – ie: still within the existing vMEME Stack. 2nd Order Change involves shifts in motivation and significant changes in the vMEME Stack. 2nd Order Change is described as ‘Evolution’ when there is a relatively orderly shift in thinking, with insight into how the new way of thinking should be. When there is initial blockage to change and then sudden eruption into the new way of thinking, this is termed ‘Revolution’. In the case of 2 or more new vMEMES being accessed more or less instantly, the term ‘Quantum Leap’ is applied. See also Bateson Learning Levels and The Process of Change. 1st/2nd Tier: Clare W Graves (1970, 1971b/2002, 1978/2005) perceived that the first 6 levels of his model had a quality of ‘subsistence’ to them whereas the 7th and 8th were substantially different, having a quality of… Read More 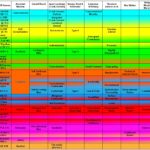 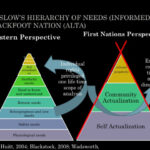 Updated: 19 May 2021 This vMEME is barely present in the world yet. Although there are increasing numbers of people in certain circles – eg: Integral salons – who claim to think in this way, there is yet to be sufficient scientific evidence to say for sure what the TURQUOISE way of thinking is. From the Gravesian approach Don Beck & Chris Cowan (1996) posit it will be on the collectivistic self-sacrificial side of the Spiral and it will be a more complex way of thinking than Self-Actualisation/YELLOW. Lawrence Kohlberg & Clark Power (1981, p257) note it is “much less unitary and definable”. Beyond this, with only tiny samples and anecdotal evidence, it is as much an untested hypothesis as a reality and descriptors must be read with great caution. Humanistic psychologists like Abraham Maslow (1943) and Carl Rogers (1959) considered Self-Actualisation to be the pinnacle of development of the human mind – the highest level in Maslow’s Hierarchy of Needs. When someone had become all that they could be and fulfilled all their potential, then they could be said to have completely self-actualised. Maslow’s (1956) attempt to be specific about how a self-actualised person would think defined a way of thinking he… Read More