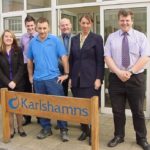 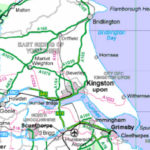 Hull OFSTED hits the Mark – but misses the Point!

After months of speculation in the media and undoubtedly trepidation at the Guildhall (seat of Kingston Upon Hull City Council) and in Essex House (the headquarters of Hull’s Local Education Authority), the results of the inspection last September by the Office for Standards in Education (OFSTED) have been made public. 2002 was a bad year for Hull Education. The city returned to the bottom of Britain’s GCSE league tables after managing one place above bottom the previous year and slumped 11 places down the primary league tables. Director of Learning Peter Fletcher, in post only a year or so, held Hull’s headteachers accountable for the GCSE league table performances last Summer while the Hull Daily Mail screamed out its headline, ‘Do you care?’  at parents who allowed and even facilitated truanting by their children. The OFSTED report has largely upheld these two positions. Fletcher and Essex House get off pretty lightly while headteachers are criticised for not being focussed enough. However, it is parents and the truancy issue which seems to have most vexed the inspectors. Since the LEA is considered to be pursuing a robust anti-truancy policy – truancy sweeps in conjunction with Humberside Police have made local headlines several… Read More

The county of North Lincolnshire and my home town of Hull are virtually neighbours. Just 5 miles of the A63 through the East Riding of Yorkshire and a mile or so of the Humber Bridge separate them. North Lincolnshire Council has been awarded Beacon Council status. Following a damning Audit Commission report, Kingston Upon Hull City Council is under serious threat of some form of central government intervention unless, by December 2002, it can show demonstrable progress against its remedial Action Plan. Why such different scenarios for two local authorities geographically so close? Systemic thinking? Nothing symbolises the differences between the two councils more than the critical field of Education. For it is its strategies in Education that have seen North Lincolnshire achieving Beacon status in two consecutive years. (Although the Beacon award was specifically for Education, to achieve the award, the Council per se has to be perceived as a high-performing local authority.) By comparison Hull has been bottom of the GCSE league tables for 4 years out of the past 5; the year it wasn’t bottom, it was next to bottom. There are those in Hull who look enviously at the semi-affluent farming communities around Scunthorpe. They proclaim that, if… Read More

So Hull, the city where I live, is back at the bottom of the UK’s GCSE league tables, Education Director Peter Fletcher is arranging for the headteachers of the city’s 15 secondary schools to appear before the leaders of the City Council and the Hull Daily Mail is once again devoting acres of space to what it terms a “devastating blow” and hinting darkly at retribution. After 4 consecutive years of being the worst-performing local education authority in the country, Hull climbed up one place in 2001 to leave Knowsley in Merseyside languishing at the bottom. This year Knowsley “leapfrogged” (according to the Mail) over Hull, to put the city back at the bottom. The furore, though, masks an important point. Hull schools and their Year 11 students actually improved over 2001’s performance. Only by 1.1% – but an improvement nonetheless! Knowsley simply improved more than Hull and thus managed to lift itself off the bottom. This, however, should not take away from the fact that Hull did improve. An undoubted contribution to this improvement has been the performance of Kingswood High School. Located on the sprawling and troubled Bransholme Estate, 2 years ago Kingswood was Britain’s single worst-performing school. Now the school is out… Read More