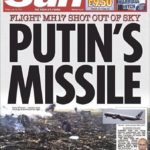 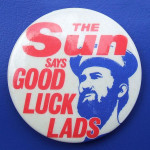 PART 2 Lower Left Quadrant and zeitgeist The Lower Left is also where we need to consider how zeigeist morphs and its influence on the ‘climate’ for social change. As discussed earlier, the 1950s was a deeply conservative time in the United States. Stephen Perrin & Christopher Spencer (1980), in trying to explain their failure to replicate the results of Solomon Asch’s famous  lines experiment (1951), attributed the difference in conformity to the conservatism of 1950s America as against the liberalism of England in 1980. They particularly pointed out the effects of ‘McCarthyism’, the strong ‘all-American’, anti-Communist hysteria across 1950s US which made many people frightened of being different for fear of being branded ‘un-American’. In contrast, having gone through, first, ‘hippie culture’ and then the ‘punk revolution’, Britain at the start of the 1980s was a much more liberal, anything-goes/express-yourself kind of place than it had been. Support for Perrin & Spencer comes from Nigel Nicholson, Steven Cole & Thomas Rocklin (1985) who found a modest but quite definite level of conformity among British students. Nicholson, Cole & Rocklin attributed the increase in conformity to the greater sense of national social cohesion which developed from Britain’s engagement in the Falklands… Read More 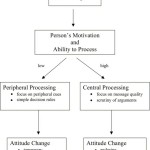 Updated: 17 May 2017 Social change means some aspect of society, culture or sub-culture changes. The changes may be overt and dramatic and obvious to everyone or they may be more discreet and less obvious…until people come to a realisation society around them has already changed. An example of this is the attitude of the general public in the UK towards welfare and benefits. As Elizabeth Clery shows in the results of the 2012 British Social Attitudes survey – see graphic above – there is an increased perception that people on welfare are over-reliant on their benefits and that cutting benefits won’t harm too many people too badly. The following 2 years’ surveys  showed only the most marginal reversal (3%) of this trend (Sarah Alcock, 2015) and the election in 2015  of a Tory government determined to cut even more could be seen as voter approval of these strategies. This is actually a major attitudinal shift in a country that, for many years, had largely prided itself on a generous attitude to welfare. Yet these more subtle changes in public perception often only become news when surveys like the British Social Attitudes annual survey pick them up. Of course, sometimes a slow growth in… Read More 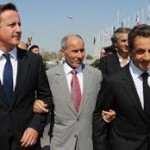