Not all the replications were as faithful to Milgram as they could have been. One of the more concerning was that of Mitri Shanab & Khawla  Yahya (1977). Working with 6-16 year-olds, they found 73% of the children gave what they believed were real electric shocks to other same gender peers. A further potential confounding variable was that the researcher was female.

One of the more interesting replications with regard to gender differences was that of Wesley Kilham & Leon Mann in Australia in 1974. They found 40% of males would go to 450v but only 16% of females. However, potential confounding variables were that participants were all first-year Psychology students and the females’ victim was female student. The lower obedience rates overall may be attributed to the notion that in Australian culture there is more of a tradition of questioning authority.

Possibly the most important neo-replication in terms of supporting Milgram’s Agentic Shift Theory is that of Don Mixon (1972). Participants were recruited through prior general consent – to avoid outright deception – with the result they knew vaguely the area of research they were being involved in but not the specific hypothesis. They were then asked to role play naive participants in a set-up similar to Milgram’s. Those that were told the researcher was responsible for any distress to the learner behaved much like Milgram’s participants – ie: as agents. Those that thought they were personally responsible were significantly less obedient – showing much autonomy.

The 21st Century so far has seen 2 worthy attempts to replicate Milgram. 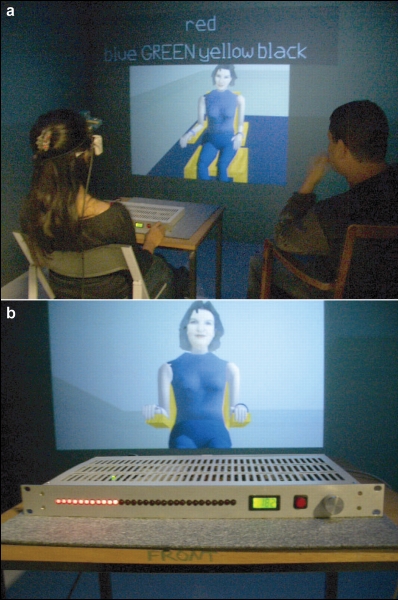 In 2006 Mel Slater et al aimed to find out whether people in a Milgram-type situation would respond to destructive orders in virtual reality. 34 volunteers were recruited from staff and students at University College, London, to play ‘teacher’, interacting with a ‘learner’ avatar. 23 teachers had full visual experience of the virtual reality while 11 communicated with the avatar by text. The experimenter ordered the teacher to give a series of 20 ascending shocks when the avatar got an answer wrong. The avatar exhibited responded with increasing discomfort and protests to being shocked, eventually demanding termination of the experiment. In spire of this, 73.9% gave the full ascending range of shocks to the virtual reality learner. The participants had their arousal levels measured through galvanic skin resistance and heart rate. Skin conductivity, heart rate and interview responses all indicated the participants suffered moral strain and stress as a result of hurting the avatar.

In 2009 Jerry Burger became the first experimenter in over 30 years to get permission to carry out a Milgram replication. However, Burger had to make major concessions to get the go-ahead. All the volunteers were pre-screened by clinical psychologists, with those with any signs of emotional or psychological disorder being screened out. The researcher was also (secretly) a clinical psychologist briefed to stop the procedure if a teacher showed signs of excessive stress. Also all trials of those continuing to obey the experimenter were stopped at 150v. It was reasoned that, if the participant would give someone 150v, the likelihood was that they would give them 450v. 22 women and 18 men took part in the replication. Participants were told 3 times that they could withdraw from the study. Only a 15v shock was administered to the teacher, as opposed to the the 45v in Milgram’s studies.

A further 30 participants were tested with a confederate acting as an additional teacher. The additional teacher expressed unhappiness about administering shocks to the learner and eventually refused to go on. This was a slight variation on one of Milgram’s own variations but the results were quite different. Whereas this significantly reduced obedience in the original, 63% of Burger’s participants carried on after the confederate refused.

Burger’s participants were ethnically diverse with 54.3% (white), 18.6% (Asian), 12.9% (Latin/Hispanic), 8.6% (Indian- Asian) and 4.3% (African -American). Overall the level of education was higher than in Milgram’s classic study group, with 22.9% having tried college at some point, 40% having bachelor’s degrees and 20% having master’s degrees. Participants were paid $50 and told that the money was their’s to keep, even if they quit the experiment early.

One of the most interesting replications in terms of gender differences was carried out by Charles Sheridan & Richard King (1972). They theorised that perhaps Milgram’s participants had merely played along with the experiment because they realized the victim was faking his cries of pain. Accordingly, they decided to use real electric shocks. Obviously they couldn’t use a human for this purpose, so they used the next best thing: a cute, fluffy puppy.

Students, acting as the ‘trainer’, were required to train the puppy on a discrimination task by punishment with increasingly severe and real shocks. The participants could see the dog suffering and hear its yelps and howls. The researcher did not assure the participants that the puppy would suffer no harm. Many participants tried to gently coax the puppy to escape the shock, to no avail; others shifted nervously from foot to foot, as if sympathising with the animal whose paws were trapped on the electric grid. Some hyperventilated, gasping for air, or even began to cry. As in Milgram’s experiments, however, those who protested were sternly reminded that they had no choice and must continue with the regimen of punishment. Having been informed at the outset that this was an ‘important’ scientific investigation into the “critical fusion frequency” in canine vision, almost all suppressed their own better instincts and ultimately surrendered to authority.  Eventually the puppy received an odourless anaesthetic gas to put it to sleep, leading participants to think they’d killed it. 54% of the male participants went to the maximum voltage – but, interestingly, all of the female went to the max! Some carried on obeying orders to zap the dog after it had ‘died’.

Not a scientific piece of research but relevant nonetheless is Le Jeu de la Mort (The Game of Death) is a French/Swiss television documentary broadcast by the French public television channel France 2. It was presented as a social commentary on the effects of obeying orders and humiliation in reality television, and its broadcast was followed by a studio discussion on the programme. The documentary focused on a modern version of the Milgram experiment, with the additional factor of reality television’s popularity and influence on the general public. The experiment was performed in the guise of a game show known as La Zone Xtrême. Volunteers were given €40 to take part as contestants in a “pilot” for the fictitious show, where they had to administer increasingly stronger electric shocks to trained actors posing as players as punishment for incorrect answers, as encouraged to do so by the host and audience. Only 16 of 80 contestants chose to end the game before delivering the highest voltage punishment.

Milgram’s Pessimism
Milgram’s 1974 publication contains quite a pessimistic tone, writing of “the extreme willingness of adults to go to almost any lengths on the command of an authority”. He went on: ‘The capacity for man to abandon his humanity, indeed the inevitability that he does so, as he merges his unique personality into the large institutional structures…is the fatal flaw nature has designed into us, and which, in the long run gives our species only a modest chance of survival.” He stated the urgent need “to invent political systems that give conscience a better chance over errant authority.”

Although by this time Abraham Maslow had been published several times with regard to the Hierarchy of Needs and Clare W Graves had published his model, Milgram clearly didn’t take into account different complexities in thinking influencing when and how someone might be obedient – and to what degree. Indeed so trapped does he appear to have been into his 2-dimensional situationalist view  that, it was only with great reluctance he accepted Elms’ findings that ‘personality’ can exert a dispositionalist influence on obedience.

Nonetheless, for all the flaws in Milgram’s work, his obedience experiments are not only brilliant in concept but they do reveal a distinctly concerning tendency to obey, especially under situational pressures.