Attachment can be defined as a deep and enduring emotional bond that connects one person to another across time and space (John Bowlby, 1969; Mary Ainsworth, 1973). Attachment does not have to be reciprocal.  One person may have an attachment to an individual which is not shared.  According to Bowlby, attachment is characterized by specific behaviours in children, such as seeking proximity with the attachment figure when upset or threatened.

The process of attachment is clearly influenced by caregiver sensitivity, plus where both caregiver and child tend to locate on the Dimensions of Temperament – see Caregiver Sensitivity vs Temperament Hypothesis. However, other factors also have a major influence:-

In attempts to track the progress of attachment development, there are 2 principal stage theories – represented in the graphic below. There are far more similarities than there are differences – though the few differences are important. (Click to enlarge graphic.) 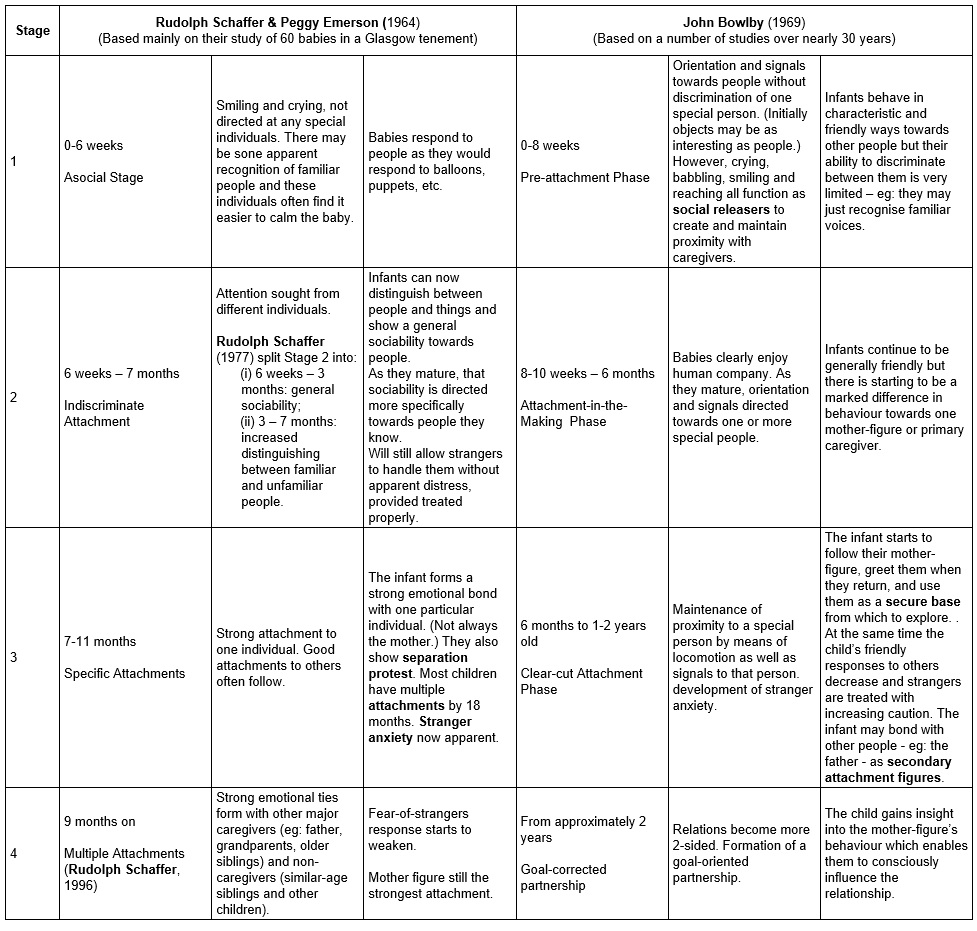 General: The boundaries between the stages, in reality, are fluid. A child is not in one stage and then suddenly another. Some children will pass from one stage to another very quickly while others seem to be in a state of apparent transition – showing characteristics of more than one stage – for perhaps some time.