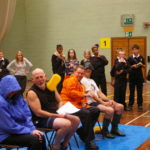 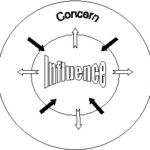 Updated: 17 June 2016 According to Fritz Heider (1958), we produce attributions (beliefs about the causes of behaviour) based on two sources of information… Internal attributions – based on something within the individual whose behaviour is being observed – their natural character External attributions – based on something external to that individual – nothing to do with who they are specifically, it is the situation they are in Internal attributions are often referred to as dispositional attributions while external attributions are called situational attributions. Internal or External Locus of Control? In his development of Attribution Theory, Heider was concerned primarily with how we understand the behaviour of others. The mechanisms for how we attribute the behaviour of others have been explored with varying degrees of success in Correspondent Inference Theory, Covariation Theory and Causal Schemata. However, Julian B Rotter (1966) focused on how people attribute the reasons for their own behaviour. From his research, Rotter concluded that people tend to have either:- internal locus of control – ie: they decide what to do – the root of their behaviour is dispositional external locus of control – ie: their behaviour is shaped by external, situational factors – eg: expectations Rotter found that,… Read More 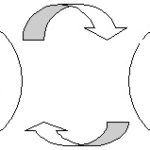 Updated: 20 December 1920 ‘Integrated SocioPsychology’ is the term I have coined for developing a highly-practical and integrated approach to the behavioural sciences… Integrated – the aim is to learn how all the elements of the behavioural sciences and the complementary ‘hard’ sciences’ of Biology and Neuroscience fit together to explain… Psychology – how and why people think and behave as they do in different contexts in different times… Socio – taking into account group dynamics and the influence of culture and the society people live in as those cultures and societies morph and change This page provides a basic overview of the Integrated approach and how the key models link together. More specific detail on the individual models is available on their linked pages. Psychology, Sociology and Anthropology are fractured fields of study, with several different (and often competing!) schools of thought and even areas of exploration. The history of the behavioural sciences is littered with disputes both between those competing schools (which are accepted academically) and also between academia and ‘fringe’ or ‘alternative’ approaches such as Neuro-Linguistic Programming (NLP). The structure of an Integrated approach Integration is made possible by building the structure of SocioPsychology around the frame of… Read More 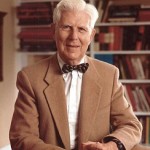 Updated: 7 July 2021 The Meta-States model of L Michael Hall (1995) and the Cognitive Psychology concepts of Cognitive Labelling Theory and the Cognitive Triad naturally complement each other in providing insight and understanding as to how beliefs and belief structures are formed. However, the models do need to be linked to provide the fuller picture. The linking mechanism is provided by the vMEMES of the Gravesian approach. For some people, their temperamental Dimensions of Temperament may also be of importance. When he first publicised the Meta-States concept in 1994, Michael Hall pretty much took the world of NLP by storm. Meta-stating, more than anything before that had gone before, provided a structure for understanding how belief systems built up – either positively or negatively. In the Meta-States concept, we take in information from our 5 senses. This produces a ‘primary state’. Most people then apply meaning to the primary state – they interpret what that means – producing a first level meta-state. Carl Gustav Jung (1921) called people who don’t apply an interpretation ‘sensors’; those who interpret – most people! -are ‘intuitors’. The process of interpretation (or meta-stating) of the primary state to produce the first level meta-state is best understood through the… Read More

‘Integrated SocioPsychology’ is the name I have coined for the meta-approach I am developing – along with several other key thinkers – to integrate and align the many theories and schools/disciplines in the behavioural sciences. The overarching framework of this construct is 4Q/8L and the vMEMES of the Gravesian approach. Together they form undoubtedly the most advanced mapping of the ebb and flow of human motivational systems, both at an individual and a collective/cultural level. How vMEMES influence the identities and values & beliefs we hold in our selfplex and how they play out in our interaction with the external environment can be monitored via Robert Dilts’ Neurological Levels model. With the aid of Reciprocal Determinism we can see how memes – external ideas – are internalised into our own internal schemas via the meta-stating process, each stage of which involves one and often more elements of the Cognitive Triad and the attribution process. Temperament – as best defined via Hans J Eysenck’s Dimensions – frequently influences an individual’s behaviour and the interrelationship between temperament and motivation is a key area for exploration in my thoughts on Integrated SocioPsychology. Certainly it would seem some meta-programmes will fluctuate more as motivational patterns… Read More