From the Pandemic to Normality…?

Jan 21: The Psychology Topics #3: Crime, Depression evening classes at both Shipley College and Rossett were cancelled due to low take-up.
Commentary: the courses were to be run online. As with the previous September, it seemed online was not how people wanted to undertake this kind of training. Also, of course, the Coronavirus pandemic was at the peak of its second wave around the time the courses were due to start,

Mar 21: Spent half a day at Sci-Tech Daresbury being interviewed on video for the Potentialisation project with Jon Twigge, Christopher Cooke, his wife Sheila and others.
Commentary: It was uplifting and fun to catch up with Cookie. I hadn’t seen him since the Regent’s College Summit in 2009. Although Jon and I had engaged in occasional contact over the years, I hadn’t actually been in the same room as him since Regent’s College. (All conversations socially-distanced, of course.)

Mar 21: Conducted the one-off online workshop Why do They do That?! for Shipley College.
Commentary: This was an attempt, using SocioPsychology concepts, to explore why people behaved in disruptive ways during a crisis like Coronavirus.

Although attendance was small – just 7 participants – feedback was effusive.

April 21: The Psychology Topics #4: Dreams, Personal Resilience evening classes at both Shipley College and Rossett were cancelled due to low take-up.

May 21: 2 half-day online workshops for Shipley College, extending the theme of  Why do They do That?!,  were cancelled due to low take-up.

July-Sept 21: For the first time since taking up private tutoring in 2007, I had a small number of A-Level tutees over the Summer – online, of course.
Commentary: The students, who included a girl based in Hong Kong but attending a private school in Devon, were Year 12s preparing to go into Year 13. The motivation for this unprecedented study during the Summer holidays, was their parents anticipating the 2022 exam perhaps not running due to Coronavirus and a more rigorous form of ongoing teacher assessment being substituted. In which case, these parents wanted their children to be scoring highly in school tests and assignments from the start of the new academic year.

Aug 21: From the small number of online tutees I had supported the 2020-2021 academic year, one achieved an A* in in A-Level Psychology, one an A, one a B and one a C. My only A-Level Sociology tutee also achieved an A.

Sept-Dec 21: Ran Understanding Yourself & Others: an Introduction to Psychology for Rossett in person, in class.
Commentary: This workshop series began with one of the highest numbers of participants – 14 – ever recorded for one of my Rossett programmes. In fact, I actually had to ask Rossett not to take any more participants in light of the need to take Covid precautions! From what several of the participants told me, it appeared a key factor in there being such a good number in the class was the desire to connect with other human bengs again after 18 months of restrictions at best and lockdowns at worst. As good a demonstration of the PURPLE vMEME as there could be.

Paradoxically Shipley College were unable to recruit anything like enough participants to run the introductory course there.

With only one drop-out over the 10 weeks (due to personal reasons), the Rossett course was a great success. They gelled well as a class and several of them indicated they would be coming on future Topics courses.
Gallery: Rossett participants, December  – click on photo to enlarge. 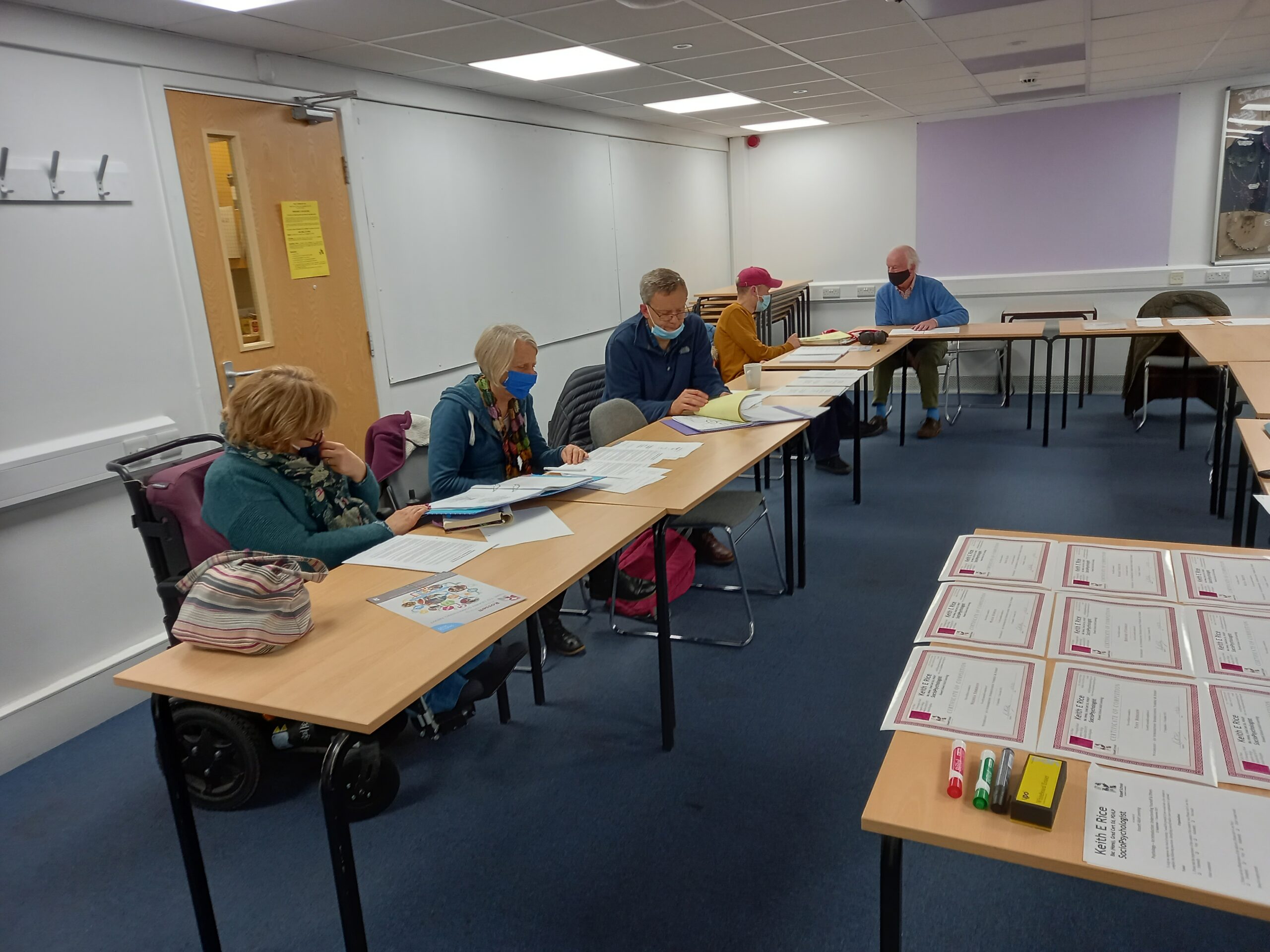 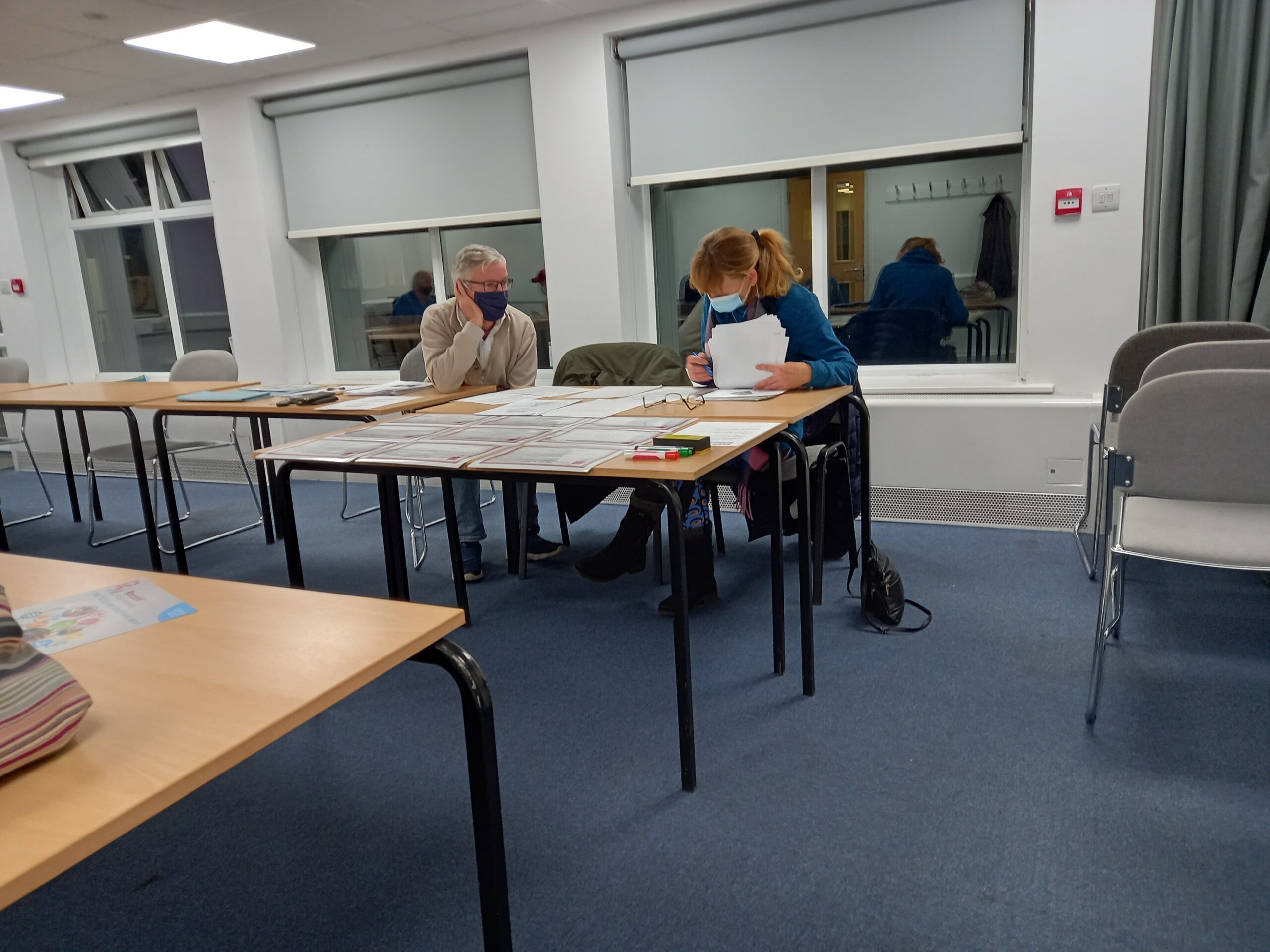 Jan-Mar 22: Ran Psychology Topics #5: Memory, Prejudice & Discrimination for Rossett.
Commentary: Once again the class was close to maximum in numbers, with a pleasing number of returners from the Autumn’s introductory course. The course went well and the class gelled nicely, in spite of some of the subject matter being delicate and/or contentious.

Once again Shipley failed to recruit enough participants for their version of the course to run.

April 22: Let go of my relationship with Shipley College.
Commentary: Post-pandemic Shipley just weren’t selling my courses – paradixically Rossett were pulling in some of the best participant attendance figures of my time with them.

My time with Shipley had been highly enjoyable and there had been some great participants I had met on the workshops. However, their course fees were pricey and their business model required more than twice as many participants as Rossett for a course to be considered financially viable – which had led to some courses not running, even before the pandemic. We parted on good terms and I have nothing but praise for my prime contact, Wendy Rowan – and, before her, Anne Rowe.

May 22: By the beginning of the exam period, I was spending as much time doing online tuition as if I was classroom teaching full time. It had been one of my busiest tuition periods in years.
Commentary:  As the Winter turned into Spring and it became increasingly likely the A-Level exams would run, more and more parents turned to tuition to help their children prepare for the exams and tutors like me who were particularly good at exam preparation were much sought after. (These would be the first formal exams those students would sit – the 2020 GCSEs having been cancelled.)

Also several of my tutees wanted multiple sessions per week, especially in the immediate run-up to the exams.

August 22: Tutee results were all Bs apart from one A and one C.
Commentary: Results generally were down as the exam boards were making their marking tougher as part of a return to pre-pandemic levels. So I was pretty satisfied with the results.

Sept-Dec 21: Ran Understanding Yourself & Others: an Introduction to Psychology for Rossett in person.
Commentary: This workshop programme was sold out, with 16 participants! Although  a couple of older learners left the course for health problems along the way, the class proved to be one of the most receptive and enthusiastic I had ever worked with. (Which was really saying something, considering how strong many previous groups had been!)
Gallery: Rossett participants, December  – click on photo to enlarge. 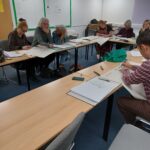 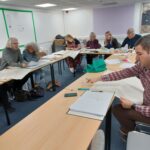 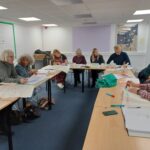 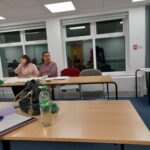