Master of My Own Destiny…?

January: Committed myself full-time to my own business.
Commentary: For the first time since the beginning of 2001 I didn’t have some kind of regular employment to return to after New Year. Truth to tell, this decision had been pending ever since we had moved to Bradford in Summer 2012 which led to a massive expansion in the tutoring side of my work.

January-March: Ran an 8-week version of Understanding Yourself & Others: an Introduction to Psychology for Rossett.
Commentary: Although there were just 4 participants, Rossett’s Extended Schools coordinator Malcolm Howe took the decision an 8-weeker (as opposed to the planned 10-weeker) could still be viable. Despite its small class size, the class gelled well and was as successful as any of its predecessors.

January-June: Supported some 21 tutees in the approach to the A-Levels and right through the relevant exams.
Commentary: By May I had 22 hours of tuition work most weeks which was as much contact time with students as if I had been working in a school full time!

Commentary: Most of the Shipley class were returners from the previous Autumn’s introductory course…which was a nice vindication of sorts.  In contrast the Rossett class were a more balanced mix of returners and newbies.
Feedback on both courses was excellent and very satisfying.
Gallery: Rossett participants, June – click on photo to enlarge.

August: With 3 exceptions, all my A-Level tutees met or exceeded target, with a high number of As and Bs.
Commentary: Now dependent on tutoring for the bulk of my income, this was a critical set of results. Could I ‘cut the mustard’ away from the safety net of a school? The answer clearly was Yes.
Particularly gratifying were the results of Millie Considine who garnered an overall A*, with 100% in Module 4 and 93% in Module 3!

August:  Had 2 chapters in ‘Developmental Innovation’, edited by Tom Christensen and published by Integral Publishers.
The Use of SDi in Psychotherapy described my approach to counselling & therapy, based on the Gravesian perspective, Neurological Levels, schemas and memes, meta-states and other key models. It included abridged 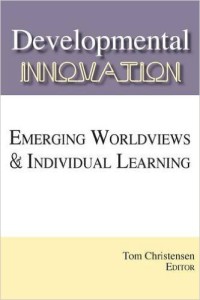 versions of the case studies ‘Susan’ and ‘Shirley’. Lives on the Spiral chronicles the influence of the Gravesian approach and Spiral Dynamics on my own life and how vMEMES had shaped so many decisions and reactions, consciously and unconsciously, over the years.
Commentary: It was an honour to work with Tom on my contributions to the book. As a whole, it was centred on individual development. Its companion piece, ‘Innovative Development’ , also edited by Christensen and published by Integral, focussed on larger-scale applications and system change.
Other contributors to the 2 volumes included such notable Gravesians as Marilyn Hamilton, Bruce L Gibb (commentator on What makes People vote Republican?), Christopher Cooke, Elza Maalouf, Barbara N Brown, Said E Dawlabani (author of To understand the Value Systems of Syria, lo0k to Lebanon),  Jon Freeman and Rafael Nasser among others.

September-December: Ran Understanding Yourself & Others: an Introduction to Psychology for Rossett. Starting and finishing one week later, I ran the same course for Shipley College.
Gallery: Rossett participants, December – click on photo to enlarge.

Commentary: I was observed for one of the Shipley sessions and rated ‘Outstanding’.  (Excerpts from the observer’s report are included in the Learner Perspectives pages.) Feedback from the students on both courses was excellent, with a number saying they intended coming on Psychology Topics courses.
Gallery: Shipley College participants, December – click on photo to enlarge.