A Year of Starts and Stops…

February: For the first time, provided general tuition support to 2 university students doing degrees in Psychology.
Commentary: One was ‘Julie’, the young lady who had previously been an A-Level tutee and then come back to  me the previous August. The other was an Open University student. Both found my explanations easier to understand than their respective university tutors!

March: The results from the January Psychology exams showed another good smattering of As, Bs and Cs. In the Health & Social Care results, most of the students had got their target grades while 2 had exceeded them.
Commentary: Considering how fraught things had been with this very mixed ability class at times, overall these were very pleasing results.

March: Asked by Spiral Dynamics co-developer Don Beck to be on a panel of experienced Spiral Dynamics practitioners – the panel closing out his one-day London workshop, ‘Spiral Dynamics in Action: Dancing the Integral Vision’.
Commentary: I hadn’t seen Don since the 2000 Confab in Dallas; so it was a real pleasure to hook up with him again – and to learn again from him. Plus, the panel was shared with (amongst others) Christopher ‘Cookie’ Cooke whom I had worked with on the HemsMESH project. It was also good to put faces to names I had only e-mailed with previously, such as Jon Freeman and Eileen Conn.

Gallery: in the grounds at Rossett, May – all photos by Lynda Lee/Rossett School – click on photo to enlarge

May: My letter, titled ‘An Imposed Etic’, was published as ‘An Imposed Ethic’ n Therapy Today, the journal of the BACP.
Commentary: Presumably the editor thought ‘etic’ was a spelling mistake and didn’t get the sense I was trying to convey through the use of the term ‘imposed etic’. My point was that particular, localised values and norms were being applied as though they were universals, without empirical justification.

I had been somewhat concerned by John Daniels’ article, ‘The Gay Cure?’, in the previous issue of Therapy Today, and had written ‘An Imposed Etic’ in response. Daniels’ article was based almost entirely on an interview with Michael King of University College London. King held that all gay conversion therapy was unethical and dangerous. My contention was that there was some evidence – eg: Robert L Spitzer (2003) – that gay conversion therapy might work with some people who were deeply religious and that this needed to be factored into such discussions. (Spitzer’s study was the subject of a later Blog post, The ‘Gay Cure’: was Spitzer right to recant?)

June: Through the facilitation of Don Beck, I became a founding member of the Centre for Human Emergence UK (CHE-UK), launched with the weekend event, ‘A Regent’s Summit on the Future of the UK’. This event was led by Don at London’s Regent’s College – see the Blog: ”Britishness” at the Regent’s College Summit.
Commentary: My involvement with the leadership team of CHE-UK didn’t last more than 3-4 months. Partly that was due to lack of time to give it the commitment and effort it needed. Partly it was due to disagreements about what our purpose should be beyond the basics of promoting the Gravesian approach: I thought it should be a think tank, producing policy papers on key issues the UK faced; some of my colleagues were more interested in selling Spiral Dynamics integral courses. CHE-UK continued without me and did sell SDi courses. However, I continued to nurture the hope that it might some day more explicitly address the way British society needs to change and develop. I remained on good terms with my former partners. 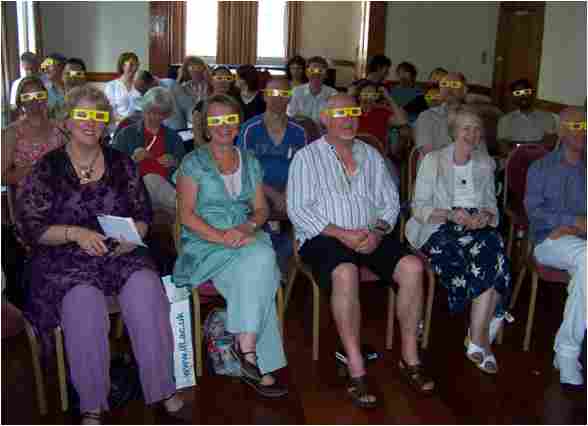 Seeing through YELLOW lenses at Regent’s College, June 2009 – with Lynne Sedgemore CBE and Juliana Freeman on my right and noted children’s author Rosemary Wilkie and CHE-UK Director Jon Freeman on my left – Cookie (without lenses) is at my far right on the back row (Photo: Don Beck)

August: Rossett A-Level Psychology results again very good, with a significant number of students exceeding expectations. Amongst the As were 3 students co-teacher Ali Standen and I had thought were possible but hadn’t quite dared predict! (One of these students, Avnish Chana, got a ‘perfect A’ – 100% – on one module, AQA ‘B’ PYB5.) A small handful of Psychology students at Guiseley also exceeded targets. My marking for the Rossett Year 13 Health & Social Care coursework, submitted for verification in May-June, held 100%.

August: From Rule Britannia to Cool Britannia to Integral Britannia published in Integral Leadership Review.
Commentary: This was a more formal account of the formation of CHE-UK. I was the principal author but Don Beck, Jon Freeman and Rachel Castagne all contributed significantly.

August: Met with Councillor Darren Reynolds (Lib Dem) of Burnley Council to discuss ways of using Integrated SocioPsychology to undermine support for the British National Party (BNP).
Commentary: I had formed the idea at the Regent’s College event of setting up a single issue project to demonstrate the effectiveness of the Gravesian approach and related sociopsychological technologies at a community level. With Burnley being a BNP stronghold  – 4 councillors and leader Nick Griffin being the local MEP – and much of the national media in a virtual state of hysteria at increasing electoral support for the BNP, the opportunity to investigate and undermine  support for the far right party seemed to be just the kind of issue I was looking for.

Unfortunately, Darren was the only councillor interested at the time!

September: Interviewed by leading newscaster Beth Rhodes at Ridings FM about a proposed CHE-UK event: ‘Pennine Summit on the Future of the UK’.

September: Formally commenced a 1-day a week contract with Guiseley for a year.
Commentary: While I loved teaching at Rossett, it had been such a pleasure to be invited back to Guiseley to help out. The couple of lessons a week had proved so successful that they now decided they wanted me for a full day. As I didn’t want to limit my non-teaching work too much and Guiseley needed time to weigh up their options, it suited both sides for it to be a temporary arrangement.

September: On recommendations from both Jon Twigge of CHE-UK and Burnley’s Darren Reynold’s, met with Carolyn Wilkins, assistant chief executive of Oldham Council to discuss ways of undermining local support for the BNP. Again, though, the initiative seemed to go nowhere.

October: Interviewed by Mike Tracey, a professor at the University of Colorado, about my relationship with Sian Baverstock, granddaughter of Enid Blyton and daughter of early BBC TV controller Donald Baverstock.
Commentary: I had gone out with Sian for a little over 6 months in 1988, during which time I visited the Baverstocks’ home several times. From the obituaries of her mother’s death in June 2007, I realised that Sian had died the previous year. Quite affected, I wrote the Blog: For Sian & Gillian Baverstock. Tracey, researching a book on the Baverstocks, eventually found this Blog and asked for the interview.

Mike was very interested in my psychological perspective on the relationship between Sian and her parents and told me my interpretation helped make sense of fitting certain parts of the ‘jigsaw’ together.

November: ‘Julie’ came back to me for more help with the university assignments. Now, in her third year, this was quite a stretch – tutoring someone working effectively at honours degree level.
Commentary: Julie was now showing real signs of maturity. She was no longer coming to me because her RED had been having too much fun and she’d got seriously behind. Now, with her BLUE and ORANGE much more to the fore, she was thinking ahead and seeking extra help because she wanted to get a first class honours!

December: Signed up to the Open University to do a degree in ‘Social Sciences with Psychology & Sociology’.
Commentary:  Having tutored undergraduates, I decided it was time I formalised my knowledge and understanding of Psychology by undertaking a degree course. However, I also wanted to  develop my knowledge and understanding of Sociology at the same time. There was also a sense of unfinished business going back 36 years, as, due to the machinations of the Bradford Social Sciences Department, my final original Social Sciences degree was with specialisms in History & Politics, rather than the Psychology & Sociology I had originally signed up to.