February: Delivered interactive evening presentation, Dealing with Conflict – the Integrated SocioPsychology Approach, for the Chartered Institute of Personnel & Development West Yorkshire Branch at the Holiday Inn, Ossett.
Commentary: CIPD’s Jane Walton had attended a similar session I had done in January 2007 as part of the Yorkshire Leadership Programme hosted by Wakefield College and used the ideas presented to help her tackle issues in her own work team. This convinced her to ask me to make the presentation. Feedback was enthusiastic.

February: Began working on a long(-ish term) counselling project with two 10-year-old boys.
Commentary: Both boys displayed significant behavioural problems, resulting from deep emotional traumas. My job was to help them recognise the traumas they had been through and acknowledge them while also coming to recognise the effect on others their acting out their problems was causing.

One of the boys was so severely affected by a combination of innate temperament and unfortunate experience that I felt I had no alternative other than to get him a referral to the local Children & Adult Mental Health services.

The second boy developed wonderfully under my guidance and was acknowledged by his parents, his teachers and a social worker involved to be making significant progress. Most heartening: the boy came to recognise his own needs and was effusive in his gratitude for the help he received. 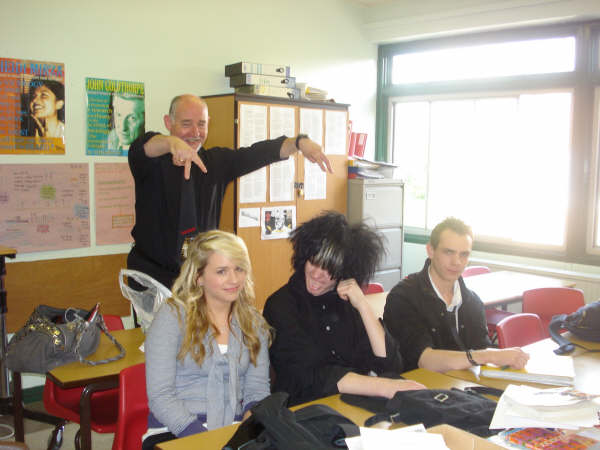 May: Joined the British Association of Counselling & Psychotherapy (BACP).
Commentary: Although the BACP were painfully unaware of the Gravesian approach and seemed to acknowledge NLP only somewhat reluctantly, I was keen to develop my knowledge and understanding of therapeutic techniques and some of the issues concerning their application. I hoped my BACP membership would be a useful tool in this respect.

August: All this year’s tutees achieved or exceeded their target grades in the May-June A-Levels. Amongst the Psychology students at Rossett there was a goodly portion of As, Bs and Cs. The small group of Sociology students I taught there garnered one A and the rest Bs – with 4 of them achieving As on the module I taught.
Commentary:  While I was pleased with almost all the results, it was the Sociology ones I found the most gratifying. Prior to Rossett I had only ever taught ‘bits’ of Sociology here and there on supply. This was my first experience of teaching a full module on the subject.

Of course, no matter how good a teacher I am, in the end it is the student’s result, not mine! The results reflect their smarts, their grasp of the subject and the amount of hard work they’ve put into it.

And, of course, I also have to acknowledge, the contributions of my Psychology co-teacher, Ali Standen.

August: ‘Julie’, one of last year’s A-Level Psychology tutees came back to me for help with resitting her first year university coursework.
Commentary: This young lady had needed to go through some substantial personal motivational  changes to enable her to work hard enough to achieve the grades she needed for at her university. Unfortunately, it seemed, RED (short-term fun) had once again got the better of her BLUE and ORANGE (disciplined behaviour to achieve future goals), leading to Erik Erikson (1968) identified as Diffusion of Time and Diffusion of Industry. Of course, this is not untypical of first year university students’ RED going wild away from the parental constraints at home! Fortunately for this young lady, once again ORANGE ambition was strong enough to get her to do something about the mess she’d got herself into. Fortunately also for her, her parents’ ambition for their child (PURPLE/ORANGE vMEME harmonic) was still willing to buy her out of trouble!

For me, conceptually, I found the level of work a little harder than A-Level but still quite doable.

August: Worked with Hull-based ASSCO  Humber Ltd to help them refine their quality management system and enhance their knowledge and understanding of ISO 9000.
Commentary: To their credit ASSCO had achieved the remarkable feat of ISO 9000 accreditation with only very minimal assistance from a consultant. However, the certification body had recommended that they use some further assistance to strengthen and fine tune what they had done. Which was how I got called in.

I hadn’t, in fact, done any ISO 9000 work for a couple of years and had quietly stopped promoting quality consultancy as one of my services at the beginning of 2008. I had decided that SocioPsychology was where my real interest lay – and my greatest expertise! – and so had taken the strategic decision not to engage with the next revision of ISO 9000 due at the beginning of 2009. Thus, I initially turned it down when approached to work with ASSCO. However, I was persuaded to do it as a favour to contacts at Hull Chamber. To my relief, I found it relatively easy to slip back into the ISO 9000/quality assurance mode of thinking. Perhaps that showed how strong BLUE could still be in my thinking!

September: Undertook my first telephone counselling session (at the request of the client) and found it went so well I decided to launch telephone support formally as a service I offered. However, with the rapid development of online video conferencing technologies, telephone counselling rapidly morphed into an online support service.
Commentary:  Although telephone counselling had been sanctioned as ethical by some of the professional bodies several years previous, I had remained dubious about how ethical and effective it really could be when you couldn’t see the person at the other end of the line. However, this experience convinced me that there was a role for telephone (and, later, video) counselling provided its limitations were accepted by both myself and the client.

September: Began teaching the ‘human behaviour’ module of the Health & Social Care A-Level at Rossett.
Commentary: No Sociology this year – my second teaching subject was Health & Social Care. This subject, grown from a GNVQ into an A-Level, provides watered-down-but-still-potent versions of psychological and sociological models and therapeutic interventions applied in care worker-type settings. It has traditionally been taken up by less academic students – and this proved to be so in my class. Less literate and certainly less motivated to work than most 6th Formers, I quickly found myself dealing with as much disgruntled RED – and the disruptive behaviour that went with it! – as I would expect to find in a middling ability Year 9 class!

September: Asked back to Guiseley to help out with their Psychology 6th Formers.
Commentary: One of Guiseley’s own Psychology teachers was off ill and unable to predict their return. So, on the strength of my work there in 2006, Head of 6th Pam Born asked me to get involved in delivering a couple of lessons a week that the school just couldn’t cover from within their own staffing. It was a real pleasure to return to a school I had such fond memories of – and Headteacher Paul Morrissey seemed equally pleased to see me! 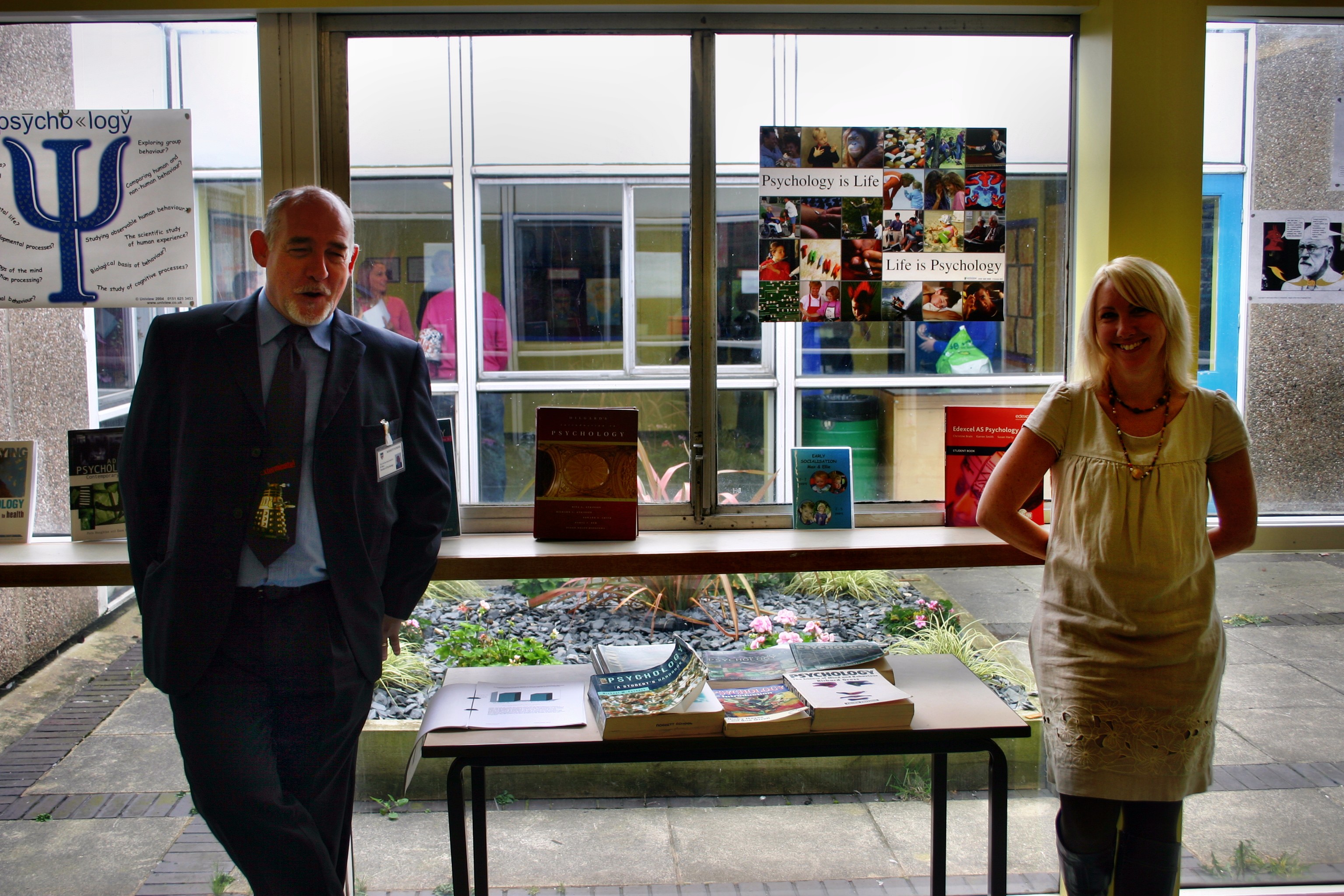 December: In light of the publication of the latest version of ISO 9000, I took the decision not to accept any more work related to the standard.
Commentary: I had kept up with the previous revisions of ISO 9000 and especially regarded the 2000 issue as a very positive one which made it both much more user-friendly and  much more practicable. However, in spite of the enjoyment of working with ASSCO in the Summer, I felt that upgrading my knowledge and understanding for the new version of a standard in a field I was no longer interested in would just divert me from continuing to develop my expertise in SocioPsychology.

December: Guiseley sufficiently pleased by progress with the current arrangement re the Year 12s to ask me to do intervention revision sessions for Year 13s resitting an AS module.