January: Accepted 2-term part-time post teaching A-Level Psychology and Key Stage 3/4 Religious Studies at Sherburn High School in North Yorkshire, covering a maternity leave.
Commentary: Sherburn was a surprisingly tough school (but then its catchment area did include some wards high in the deprivation indices). The Key Stage 3/4 classes at times seemed almost as difficult as the last year at Vermuyden (though I doubt they really were!). The 6th Form, while containing some potentially-very capable students, generally lacked aspiration.

Given the very mixed student population they had – with lots of disrupted PURPLE and strong but unhealthy RED – the school did very well to get the results it did. But really it needed stronger disciplinary systems than it had available at the time. The more successful teachers tended to be those whose RED was very strong – ie: they got their students to behave through sheer force of personality.

My biggest regret in leaving Sherburn was losing the excellent working relationship I had formed with Claire McIntosh, the acting head of department, whose support on the RS was invaluable! It also has to be said that, in and amongst, there were some delightful students who were truly committed to their own success.

January: Delivered half-day workshop, Conflict – running away or engaging in effective strategies?, as part of the  of Wakefield College Services to Business.
Commentary: With over 20 participants from local businesses attending, this was one of the Yorkshire Leadership Programme’s most subscribed sessions and clearly a ‘hot potato’! While the half-day format was somewhat restricting, the session went down very well with the participants and the College asked me about repeating the session in a future programme and developing an ‘advanced’ session as a follow-on.

February: Held 2-day ‘update’ session at Centre 88 for ‘graduates’ of the Introduction to… programmes I had held in Hull since 2001.
Commentary: Almost inevitably numbers were small, with some of the participants going right back to the start of the programmes.

There were also some differences in levels of understanding as the course had mutated significantly since its beginnings. However, delivery made the learning fun and the small group gelled well – so much so that one participant said at the end that they wished the group would be coming back together again the following week! The workshops succeeded (admirably, judging by the feedback!) in their aim of updating the participants on the results of my research for Knowing Me, Knowing You. It was also a real pleasure for me to work again with people like Bernard McGuinn and Judith Horsman (both from Hodgson Sealants) and Helen Ezard.
Gallery: The Update… participants, Feb 2007 – click on photo to enlarge.

February: Approached by a student from Guiseley School to provide private tuition for his A-Level studies in Psychology.
Commentary: As I was no longer at Guiseley, there was no obvious *conflict of interest*. I found I enjoyed one-to-one coaching so much I decided to market my services as a private tutor formally. I soon found my reputation spreading in the Harrogate area and business picking up.

March: The results from the January exams passed their verdict on my time at Guiseley, with head of department David Hunter telling me they had “more As and fewer Us than usual”. Also my marking for the Year 13 coursework, submitted for verification in January, held 100%.

June: Delivered For Education Professionals…an Introduction to Integrated SocioPsychology at The Kestrel, Knaresborough/Harrogate.
Commentary:  Although this was my first workshop programme outside of the Humber, the Hull connection was still present on this small-scale course, with 3 participants from Bude Park Primary School on the notorious Bransholme estate.

The bulk of the material covered was drawn from earlier programmes and the February update programme; but with a twist towards learning and the kinds of issues children and staff face in schools such as Bude Park. (I was fairly familiar with some of the problems on Bransholme from my support for The Garths in 2001-2002.)
Gallery: The Education Professionals… participants, June 2007 – click on photo to enlarge.

June: ‘Knowing Me, Knowing You’ given a positive review in the Integral Review e-zine.
Commentary: Reviewer Sara Ross was not without some criticisms, though – alleging heterosexual bias and the projection that the reader can manipulate others with the knowledge in the book. What was interesting about Sara and Integral Review was that they invited me to pen a response to her criticisms  which they published alongside her review.

August: All 3 A-Level students who had come to me for private tuition in the Spring-Summer advised that they had reached their target grades.

August: ‘Knowing Me, Knowing You’ given a positive review in The Psychologist, the monthly journal of the British Psychological Society.

September: Commenced a 3-days a week job teaching A-Level Psychology and also an A-Level Sociology module, at Rossett School in Harrogate.
Commentary: Rossett was a school on the way up from having something of a mixed reputation in Harrogate. (The previous month had seen the school with its best ever GCSE results – with 75% A*-C.).

While they certainly had a small number of significantly-disruptive students, the vast majority of young people in the school conformed (to varying degrees!) with the discipline systems and senior management were certainly aware it was an issue they needed to keep on top of. As for the 6th Formers, a goodly number of them were very well-motivated indeed.

Like Psychology at Vermuyden 4 years before, having to study Sociology so I could teach it had a profound effect on me and I began to explore it in far greater depth than I really needed to. In 4Q/8L terms, it filled in the detail for the Lower Quadrants which I had previously tended to reference mostly in terms of their impact upon the Upper Quadrants. It gave me much more of the ‘Socio’ for ‘SocioPsychology’, now bringing in concepts such as Functionalism and Symbolic Interactionism and broadening my understanding considerably, and it set in train a number of new threads in thinking.

Rather quirkily, to complete my timetable, I was given a once-a-week Year 9 group and asked to design a course in Communication Skills for them. With virtual complete freedom in my design, I was able to bring in a lot of NLP and psychological concepts – including Meta-States & the Cognitive Triad, Neurological Levels and the Introversion-Extraversion Dimension of Temperament. 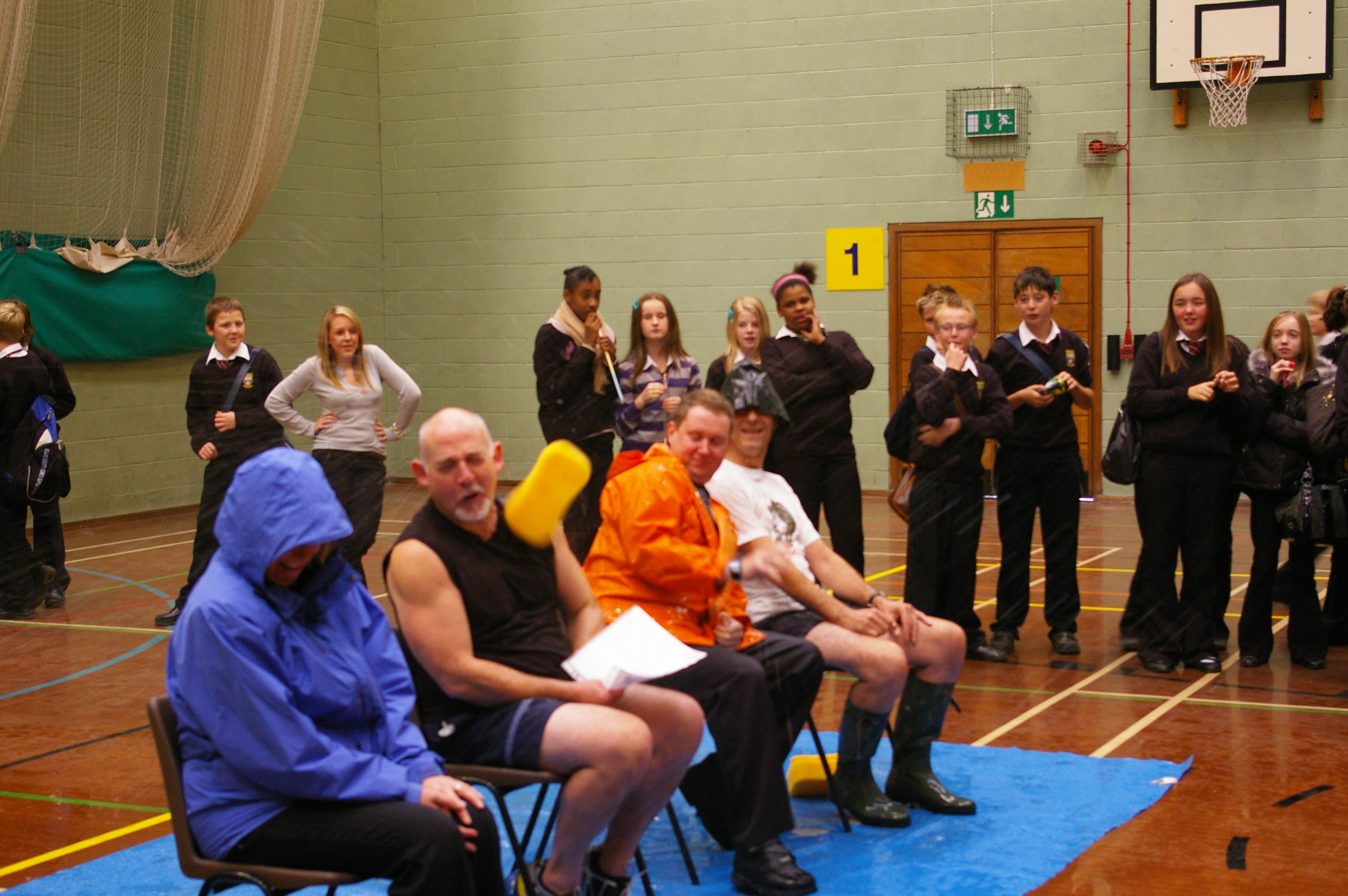 October: Decided to merge my www.keitherice.co.uk and www.integratedsociopsychology.net sites – but at the ‘integratedsociopsychology’ URL.
Commentary: It was becoming too time-consuming maintaining 2 sites, with a growing amount of partial duplication between them. The decision as to which URL to use was influenced by me rebranding myself ‘SocioPsychologist’ around the same time.

While the merged site had a much more obvious tie-in between the services I offer and the theoretical models I espouse, my hope was still that other ‘guest’ sociopsychologists would contribute from time to time.(Which they did!)

October: At the instigation of the Chair of Governors, I began running a nurture group for a small number of Year 5 boys whose behaviour was causing problems at a local primary school.
Commentary: Although I had taught (on supply) children as young as this, the nurture group was my first time at therapeutic intervention with children at such a young age…and proved to be a steep learning curve!

However, the nurture group was considered successful enough to warrant a second one the following year for another group of boys who were struggling with their behaviour. The first group eventually devolved down into one-to-one sessions for a couple of the boys who needed more substantial help than a group situation could provide. Local authority behaviour support advisors were sufficiently interested in my work to ask me to look at setting up a similar operation in another school. However, nothing came of this in the end.

November: Delivered 2-day A Basic Introduction to Integrated SocioPsychology at Centre 88 for the Hull Optimists, a charitable organisation dedicated to helping people with disabilities learn to swim.
Commentary: Beryl Kelsey, the driving force behind the Optimists, was convinced NLP-type training would help her and her instructors’ handle people – themselves, each other and their swimmers – better. She was referred to me by Centre 88 manager Jean MacEwan. Some participants were profoundly affected by the programme – perhaps even to the point of it being a life-changing experience – and they talked about bringing me back to do  follow-on work.

In some ways Beryl and some of the others reminded me of Stanislaus Neild and the brothers of St John of God – such was their passion for what they did. However, like Stanislaus, theirs was not the unthinking zeal of peak BLUE. It was tempered with more of a 2nd Tier ‘knowing’ perspective.