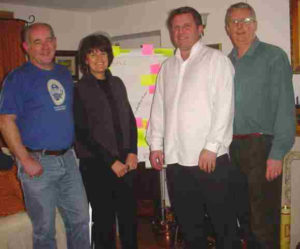 January: Kicked off the New Year with a Cobus  planning summit. Led by Steve Beevers, of course, the session also featured Steve’s wife, Susan Rose , a trainer and consultant in her own right, and Lloyd Thomas, another leading light from 21st Century Group days.
Commentary: After something of a mixed year for Cobus (with minmal involvement from me), this was an attempt to reinvigorate the company. For much of the previous year, Steve had been distracted from his consultancy work by getting a new business, Cyclerax, off the ground. In truth, little real activity came out of the planning session and the more lucrative Cyclerax largely dominated Beevers’ thinking over the next few years.

January: Started working with the Consortium for Learning Board on Phase 2 of their Business Plan.

January: Asked to do what I called ‘Personal Therapy’ with ‘Jasmine’, a heroin ‘addict’ wanting to quit the drug.
Commentary: I wouldn’t pretend for a second that I can *cure* heroin addiction but the therapy did make a real difference. (Jasmine’s case study can be viewed in the Services pages.)

February-March: Facilitated the Alcrest Academy in developing a new Business Plan.
Commentary: Alcrest boss Allan Wakefield was a director of the Consortium for Learning, had been impressed with my work for them and so asked me to help him put together his new plan. As the plan had to meet certain Learning & Skills Council Humberside funding criteria, it was essential that it met their objectives as well as Allan’s.

March: Made a presentation to the Young Enterprise South Humber Area Board on the Gravesian approach and Neurological Levels.
Commentary: The presentation was arranged by Business Link Humberside’s Duncan Harper, husband of Jennifer Crossland. Duncan had come through the 2002 SD-NLP programme and become even more enthused about the models than his wife!

As a result of the presentation, 2 people from North-East Lincs Education-Business Links got involved with the Humberside MESH Network while another came onto the next open programme, held in May.

April: At her instigation, I was interviewed about Humber MeshWORKS (live via phone) by Alex Hall on her highly-regarded late show on Radio Humberside. 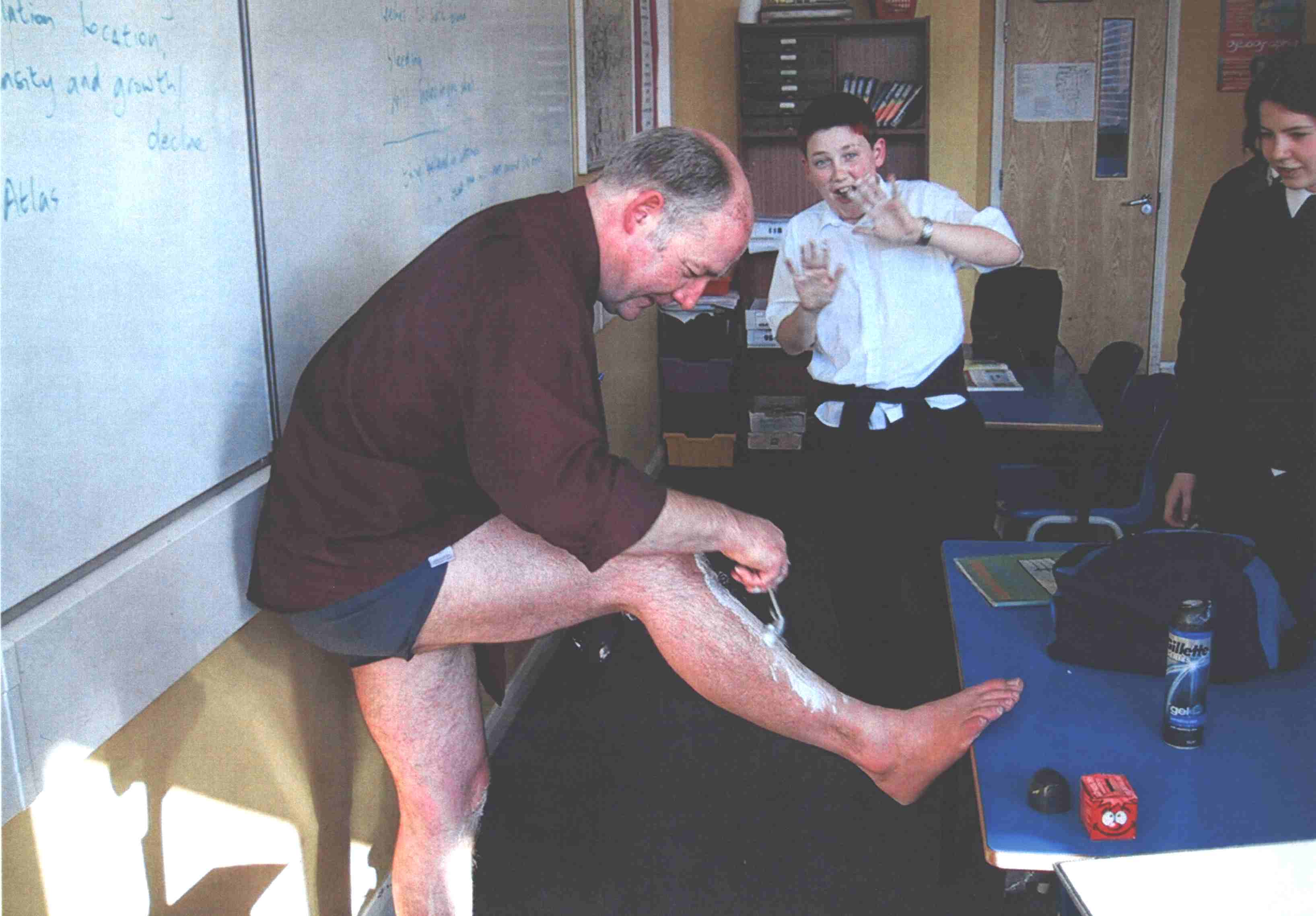 May-June: Fourth open programme of An Introduction to Spiral Dynamics & Related Models of Neuro-Linguistic Programming at Centre 88 in Hull. This time the programme was over 3 days, reinstating some material left out of the previous year’s 2-day programme and allowing more time for reflective learning.
Gallery: Introduction participants, June – click on photo to enlarge.

July: Formally incorporated the East Yorkshire NLP Group into the Humberside MESH Network at its second anniversary meeting at Centre 88 in Hull.
Commentary:  I wanted to bring more NLP into the MESH Network and the NLP Group was struggling for numbers, so the incorporation made sense. It also provided me with Wendy Baxter of Summit Consulting and Steve Gorton of Enabling Development Ltd with whom to share responsibility for facilitating the Network.

September: Now living in Hessle, took on a ‘permanent’ part-time position at Vermuyden School in Goole – where I had been doing some supply – to teach primarily A-level Pyschology to Boothferry 6th Form, the combined 6th Form of Vermuyden and nearby Howden School & Technology College – where I had done some supply the year before. (To complete my timetable, I also took Key Stage 3 classes in Geography and History.)
Commentary: Psychology teachers were in short supply and headteacher Anne McErlane knew of my interest in Psychology; so….)

For years I had thought off and on of returning to university to do a degree in Psychology, wanting to develop my underpinning knowledge to the Gravesian approach and NLP. Now I was offered the chance to explore a wide area of Pyschology so I could teach it. Of course, learning the syllabus in sufficient depth fast enough to keep the students on track for their exams presented its own rather large challenge….! It led me to revisit material I hadn’t looked at seriously in 30 years – eg: Sigmund Freud, the Behaviourists – as well as take on board new ideas, especially the Cognitive and Evolutionary schools of thought and investigation. 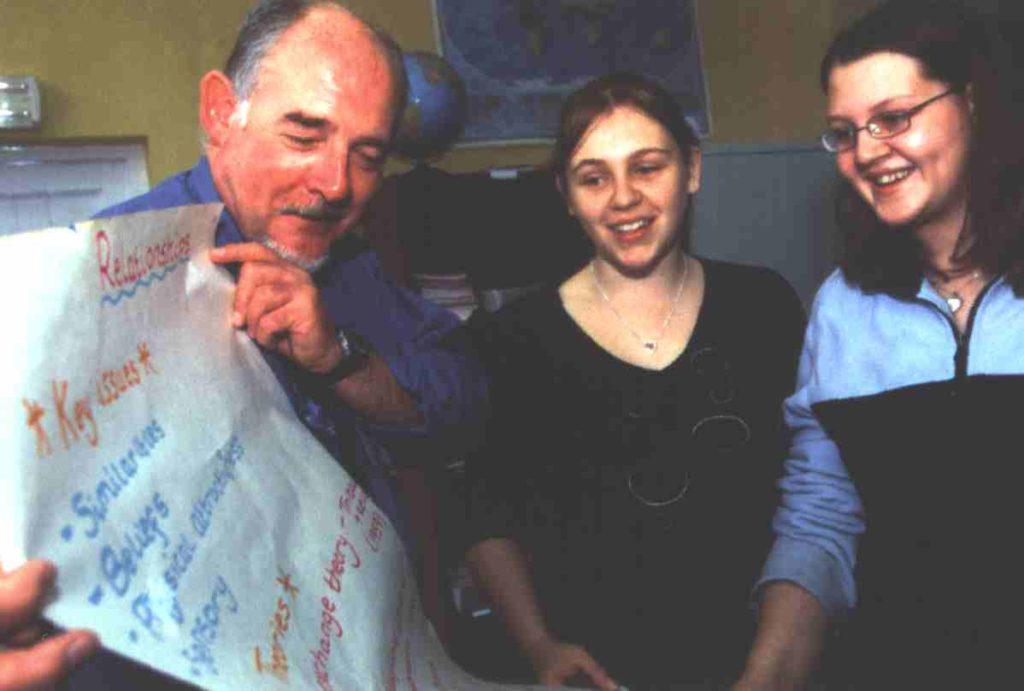 October: Commenced a second project with the Alcrest Academy, helping them to enhance their quality systems.

November: Met with Jon Neal, Liberal Democrat councillor for Howden, to introduce him to the Gravesian approach and Neurological Levels.
Commentary: Jon had e-mailed me to know more after reading Does Hull have a Race Relations Problem? (originally posted on Humber MeshWORKS in the August and now archived in the Blog here.) The meeting was fairly brief but Jon, the prospective Liberal Democrat candidate for Howden in the next general election, did talk about the possibilities of me introducing the models to Liberal Democrat MPs and party officials when they came to campaign for him.