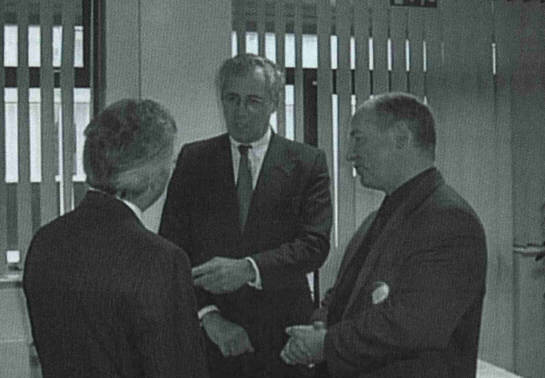 January: Took the lead in organising ‘Business Marketplace’. A one-day business exhibition/ networking event – the first of its kind in South-East Wakefield – it showcased the best of the newer businesses in the area. Hailed as a major success by both exhibitors and visitors.
Commentary: Paradoxically, at the time of its greatest success in South-East Wakefield, the Business Link effectively began to pack its bags ready to leave SESKU. By the time the doors closed at the Business Marketplace, the decision had already been taken that the project would terminate with the ending of the present funding.

When HemsMESH hit its stride in the Spring, the SESKU & Hemsworth Business News had already ceased publication and Business Link’s part-time office in South Elmsall was closed. Thus, a powerful opportunity to have a linked attack on both the economic (Business Link) and social (HemsMESH) problems in SESKU/Hemsworth, using joint resources, was lost.

Unfortunately, this kind of myopic thinking was all too typical of government-funded interventions and only further reinforced the scepticism of small businesses about organisations like the Business Links.

January-December: Served as a leading member of the HemsMESH project team, using Spiral Dynamics and related change methodologies to investigate Youth Employability issues in Hemsworth/South-East Wakefield area. The project, centred around Hemsworth High School, was conceived initially by myself and Steven Beevers of Business Link Wakefield and developed and managed by Christopher Cooke of Hidden Resources under the broad supervision of Don Beck. It was the first attempt to use the Gravesian approach on a macro level in the UK.
Commentary: While the project was truly pioneering, I became increasingly unhappy with the way Wakefield Training & Enterprise Council, the body accountable for the funding, tied up delivery resources in report writing and project management meetings. (In retrospect, Adizes’ (1999) classic Production vs Administration conflict!)

I also argued that the TEC’s data collection methods were too BLUE and thus skewed the analysis.

‘When, following his departure from Hidden Resources in early 2001, ‘Cookie’ asked me to join his new company, 5 Deep Ltd, I effectively turned him down because he was also bringing in some of the TEC people I considered to have had a constraining effect on HemsMESH.

In retrospect I believe Cookie and the team achieved more than I had given credit for at the time. We demonstrated that the Gravesian approach could be used very potently to map cultural diversity. And Chris put SD on Hemsworth High’s agenda. Although there was no continuation of HemsMESH as such, Cookie continued to do some work with the school for several years afterwards..

May: Attended first annual ‘Spiral Dynamics Confab’ in Dallas, Texas—along with some 50 other ‘Spiral Wizards’ from around the world. One output of the conference was a draft paper for Don Beck to use in preparing presentations to the State of the World Forum to be held in conjunction with the United Nations Heads of State Millennium Summit in September 2000.

July: Carried out first therapy work.
Commentary: Part of a Change Management programme, this involved resolving conflict between two sons (‘James’ & ‘Alan’) in a family-run firm and enabling one of them to radically improve his self-image. (This story can be found in the Services Case Studies section.)

August: Following move to Beverley in East Yorkshire, asked by Hull-based residential home, under pressure from the local Social Services Inspectorate, to help them improve, using the Ultimate System as the basis for their quality management processes.

October: 4th issue of Ultimate Newsletter now generalised for all industry sectors.
Commentary: With Business Link Wakefield being subsumed into the new Business Link West Yorkshire and my contracts going with it, HemsMESH coming to an end and the care home sector nothing like the boom market it had been, it was clearly time to diversify or otherwise reinvent myself in some way.

However, I had no idea just how much my career would change over the next few years!

November: In two separate sessions introduced the Gravesian approach and advanced Psychology tools to St Mary’s College and the Garths Resource Centre – both in Hull.
Commentary: St Mary’s was the only Catholic secondary school in Hull and one of the city’s top performers. I had met Angela Ogilvie, Head of Year 9, at a barbecue in Beverley during the Summer. Intrigued by my Confab T-shirt, she had asked: “What is Spiral Dynamics?”

With Hull having just been declared the worst performing education authority in the country in the GCSE league tables for the 4th year in a row, Angela was more than interested in new ideas about improving school-community relations and increasing educational attainment. We found we had plenty to talk about!

Subsequently Angela set up for me to do a half-day briefing for the school’s Investors in Excellence team.

The visit to the Garths, on Hull’s notorious Bransholme estate, was a favour to the then-Membership Secretary of the Hull & Humber Chamber of Commerce & Industry. New Garths manager Mary McGarry, desperately trying to adjust to the local culture, proved more than willing to listen to new ideas and concepts.