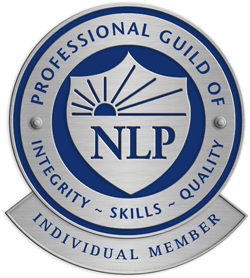 I’m a qualified teacher, a Master Practitioner in Neuro-Linguistic Programming (NLP) and I’ve been a highly successful business consultant. Until its unfortunate demise in 2017 I was recognised as a Practitioner by the Professional Guild of NLP and still have the right to bear their coat of arms and use the letters ‘PGNLP’ after my name. More than anything, though, I consider myself a sociopsychologist. What on earth is a ‘sociopsychologist’?, I bet you’re asking!

Well, a ‘sociopsychologist’ is essentially me(!)…or someone who shares something of my approach to understanding the ‘human condition’. Deeply versed in all key forms and schools of Psychology, I’ve grown to be a bit of a sociologist by way of a long-running interest in political science and I’ve developed an understanding of the critical impact biology has upon behaviour, both individually and collectively.

I readily acknowledge a range of ‘gurus’, both living and dead, whose work taken singularly is far more important than anything I have conceived. I have benefited particularly from extended interaction with the likes of Meta-States developer L Michael Hall, Spiral Dynamics co-developers Don Beck & Chris Cowan (together and separately), and Susan Blackmore, one of the world’s leading researchers into the concept of memes. My network of contacts includes – has included – the likes of Aaron T Beck (key founder of Cognitive Behavioural Therapy (CBT)), Steve Reicher (Aberdeen University), Alex Haslam (University of Queensland), Ryan Heavy Head (Lethbridge University), Sidney Stone Brown (Navajo Regional Behavioural Health Centre) and Joseph Trimble (Western Washington University).

Over the years I’ve delighted in a wide spectrum of alliances with like-minded thinkers and I’ve enjoyed those who have been able to expand and/or enhance my own understanding. I am thrilled that this site contains contributions from several ‘guests’, such as Don Beck, Jerry Coursen, Chris Cowan, Natasha Todorovic, Peter McNab, Alan Tonkin, Jon Twigge, Said E Dawlabani, Bjarni Snæbjörn Jónsson and Fred Krawchuk who might also be described as ‘sociopsychologists’.

Visitors can read more about people who have influenced my thinking – and still continue to – at Influencers, Acknowledgements & Gratitude.

In the ‘olden days’ they would have called people like me ‘wizards’ – people who made things change. People who helped people to change. Since just about everything that happens in a society – other than the weather and other ‘acts of God’ – is the result of actions (or inaction!) by people, change (for better or for worse) is to do with people. Having said that, in these days of a man-made  climate emergency, even the weather is strongly influenced by the actions of people.

It’s been said that I could change people. I couldn’t, really…honest! However, I have been able to assess someone’s readiness for change and, if that change would be right for them, assist them to make the change. Also I have been able to help people resolve issues by getting to the core factors and by looking at things from different perspectives.

And since organisations are only structures containing people and their cultures, I have been able to help assess and facilitate change and resolve issues at an organisational level too.

As I’ve been working increasingly towarsds a formal retirement date – July 2026  – I no longer offer organisational consultancy or the form of counselling & therapy I termed ‘personal therapy’. The services I still offer are:-

Up to and beyond my formal retirement target date, I will take one-off commissions where appropriate.

I’m also a sociopsychological theorist in my own right, both maintaining and developing this site and having had my first book, Knowing Me, Knowing You, published in 2006 – described in one Amazon 5-star review as “the best Psychology book of the year”. I’ve also written a number of articles using the sociopsychological approach for both print and online magazines – see Writings.

How did I come to be this ‘SocioPsychologist’…?
I have been studying the behavioural sciences and their applications to ‘real life’ since my first year at university many (many!) years ago. Notably, I was involved in the early 1990s in developing and delivering sales and management courses based around William Moulton Marston’s DISC model. However, the key turning point was being trained in Spiral Dynamics to Level II by the model’s developers, Don Beck & Chris Cowan, in 1998. This, combined with my training as a Master Practitioner in NLP, my studies in CBT and teaching Psychology and Sociology to A-level (and studying way beyond!), provides me with some of the most advanced mapping of the human condition currently available.

As indicated, many of the models and tools described on this site can also be used at an organisational level or cultural level – eg: see the use of the Neurological Levels model in looking at development options for a commercial company in A Company by Neurological Levels or the use of the Gravesian approach in considering improvement options for a local government department in North Lincolnshire CIT.

Often the optimal way to approach things at an organisational or cultural level is to structure a MeshWORK – Don Beck’s concept for the macro application of what he has termed Spiral Dynamics integral – and to use the powerful analytical tool of 4Q/8L. Clearly, though, a MeshWORK can be far bigger than an organisation – applying to a region, a country or potentially even a continent!

As I am now approaching retirement, the case studies from my work are retained on this site as examples of applied theory for those interested in Integrated SocioPsychology.