Don Beck – or ‘Dr Don E Beck’ or ‘Dr Don Edward Beck’ as he frequently preferred to style himself – passed on Tuesday 24 May. He had been relatively inactive for at least a year or so prior to his death.

After my father, he was almost certainly the man who has influenced me most in my life.  Yet I wasn’t close to him nor a confidante to any significant degree. I wouldn’t have called him a friend, more a professional acquaintance. However, his influence on my life has been truly profound.

In my tribute to his one-time business partner Chris Cowan – see Fare Thee Well, Christopher Cowan – who died in 2015, I recalled my first meetings with Don & Chris and how their Spiral Dynamics model transformed my life. It not only lead to resolutions of major issues in my own life but reignited and refuelled (with accelerant!) my interest in Psychology and the behavioural sciences. From there I took a deep dive into Psychology and Sociology, becoming an A-Level teacher in both disciplines. However, my explorations of the behavioural sciences were always underpinned by the first thing Don said that caught my attention at the first workshop of his & Chris’ that I attended in 1998. “You don’t have to throw away any of your favourite theories and approaches,” he said. “You can keep all your ‘isms’. They all fit along the spine of the Spiral.” 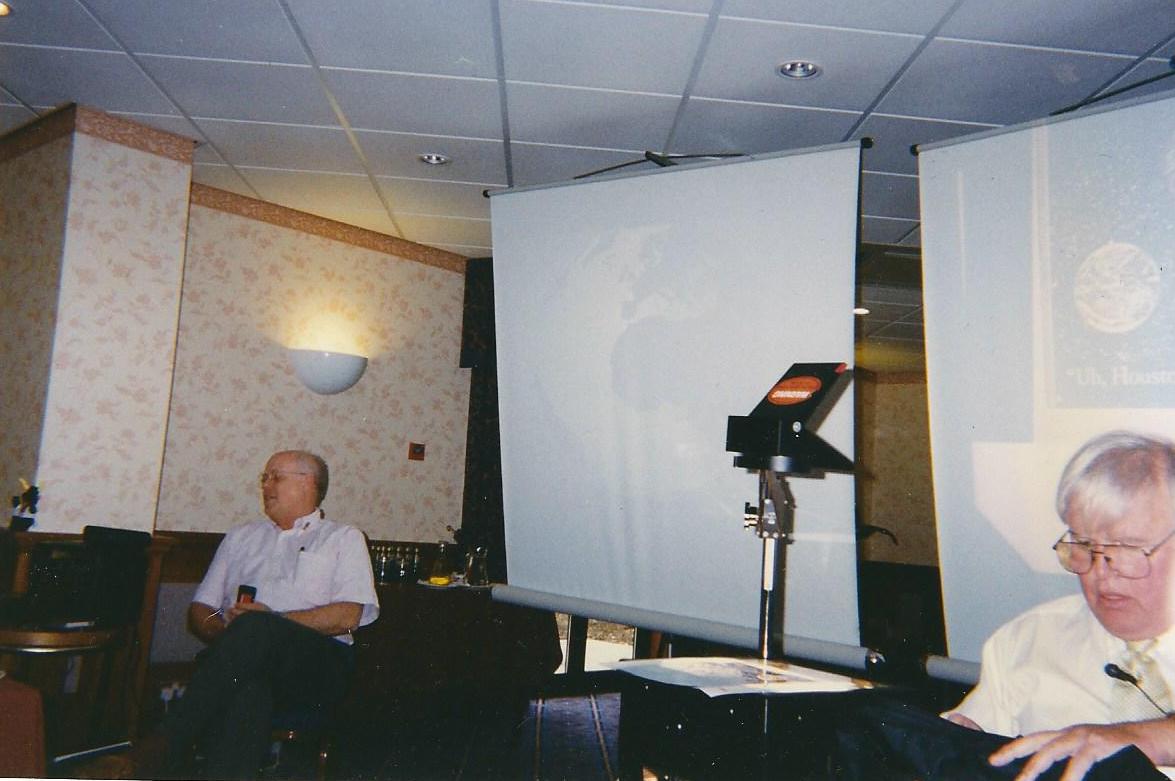 Er, well not quite. Spiral Dynamics and the research of Clare W Graves, on which the model was built, tell us nothing about key psychological concepts like temperament or the Unconscious. But an awful lot of psychological concepts do fit – as do many sociological concepts. Don’s words led eventually to my exploring or rediscovering the work of complementary theorists such as Abraham Maslow, Lawrence Kohlberg, Jane Loevinger and Theodore Adorno. And those explorations eventually led me to an approach I called Integrated SocioPsychology, with workshop programmes (some under my own name; some for Shipley College and Rossett Adult Learning), this website, developing a therapeutic approach largely based on Graves and a book, ‘Knowing Me Knowing You’.

Don was not just the initial catalyst for all this but he functioned off and on as a sort-of mentor and allowed me to republish several of his writings on this site. He  supported me practically too. In 2002, when I was struggling financially, he sent me $1000 to help keep the website afloat.

After the Beck-Cowan split
Following the acrimonious split between Don and Chris in 1999, I endeavoured to keep in contact with and learn from both men. However, I never saw Chris in person again, our communications gradually diminishing until they effectively ceased after 2009.

Don, however, was heavily involved in the HemsMESH project (1999-2001), supervising it remotely and coming over from the US on several occasions to contribute directly. On one of those occasions, a public meeting with locals, Don debuted a ‘truth meter’ – a supposed electronic true-or-false voting system that could tell whether people were expressing their real views. He worked the PURPLE and RED vMEMES in the room like a magician delighting children with his ridiculous ‘meter’ – leaving Christopher ‘Cookie’ Cooke to put forward themes in a more cerebral manner for the BLUE, ORANGE and GREEN present. At another HemsMESH meeting, Don went totally off-track and started talking about the Israeli-Palestinian conflict. Off-topic he might have been but his exposition on why the PURPLE/BLUE vMEME harmonic led Palestinian kids to throw rocks at Israeli tamks, with the real risk to life of the soldiers firing back, left me sheerly marvelling. I felt as though my jaw was down on the floor!

While he may have been able to expound at length and in real depth from the 2nd Tier, from what I knew of him I felt he was often personally more comfortable thinking and interacting in PURPLE and RED. Loyalty was very important to him and I suspect he struggled with dissent from his perceptions. I well remember him threatening to throw me of the Spiral Dynamics integral list-serve when I challenged his assertion that George W Bush might be operating from YELLOW in the run-up to the 2003 Iraq war. The late Tom Christensen told me in 2015, just before the publication of his Developmental Innovation compendiums, that Don had refused him permission to use the term ‘Spiral Dyamics integral’ in the title because he thought Tom was trying to take over leadership of the ‘constellation’, as Don liked to call practitioners who had trained with him. How true that was I can’t say, but certainly Tom gave the impression Don thought Tom was being disloyal to him.

Don often talked about the difficulties of being an introvert in an extravert’s world. I, too, am an introvert. So when we met again in 2009 at his one-day London workshop, ‘Spiral Dynamics in Action: Dancing the Integral Vision’, we of course hugged, delighted to see each other again after so many years. And then what? We sat side by side at lunch, barely talking, 2 introverts with limited social skills caught up in our own individual thoughts!

After the spurt of activity later in that year which produced the short-lived Centre of Human Emergence UK, I didn’t see Don again for close on 9 years. However, we remained in sporadic contact. He contributed artifacts and recollections to my chronicling of his work in South Africa and his role in the dismantling of Apartheid; and there was (very briefly!) talk of me accompanying him on a trip to a peace conference in Jerusalem. There was even idle talk of me writing his biography.

I last saw Don in May 2018 at Said E Dawlabani’s Spiral Dynamics Summit on the Future in Texas. At 82 years old, a survivor of heart surgery a few years before and with his wife Pat terminally ill with cancer, he seemed frail and, at times, distracted. But he managed to get up on to the speaker’s platform and spoke as powerfully as when I had first heard him 20 years before. Like the disciple of a guru, I was thrilled to bits when he congratulated me on my presentation. 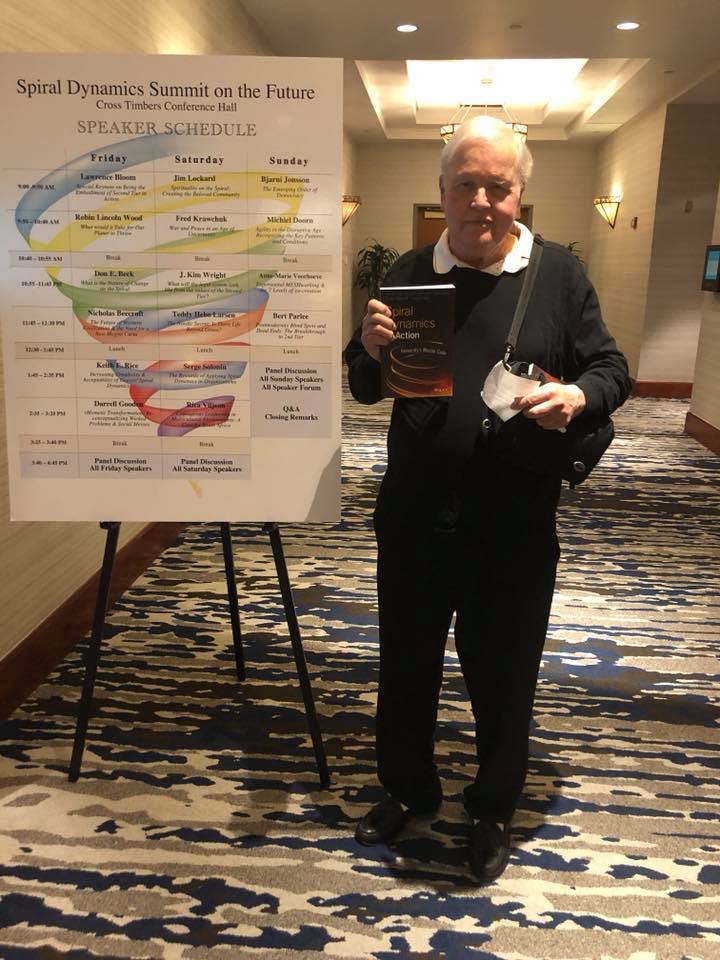 Don Beck’s Legacy
There are others who know Don’s history much better than I do and are far more qualified to evaluate his legacy…but here are some thoughts.

His work in South Africa is arguably his crowning achievement and yet you won’t find much, if any, mention of him in any of the Nelson Mandela biographies or other books on the early 1990s transition. Don is not even indexed on the  Nelson Mandela Foundation web site – though, after much searching, I did find an article in which he is discussed. Yet he was commended by both Mandela and political rival Mangosutu Buthulezi; and honoured by a joint resolution of both houses of the Texas Congress for his work in South Africa. Could it be that Don simply was not good at raising his own profile?

He did, however, inspire many others to apply Graves’ concepts in practical difference-making applications – eg: Cookie and myself in HemsMESH, Bjarni Snæbjörn Jónsson in Iceland, Fred Krawchuk in Afghanistan – while the work Don did with Elza Maalouf and others in the Middle East had the potential to be the start of a new peace process. (Their work is described in Elza’s book, ‘Emerge!: The Rise of Functional Democracy and the Future of the Middle East’.)

It could be argued that Beck & Cowan were poor custodians of Graves’ legacy in that they largely failed to get academic recogntion of the criticality of Graves’ work to understanding human nature. However, both men would have argued that they were more concerned with making a difference in the ‘real world’ with practical applications of Graves’ concepts. Don, though, did succeed in getting German researcher Marc Lucas to include Gravesian materials in his groundbreaking fMRI studies into neural activities when making values-based decisions. (Lucas’ work is discussed in A Biological Basis for vMEMES…?)

Though he was later to dissent from the way Ken Wilber tried to develop Spiral Dynamics in a less scientific and more ‘spiritual’ direction, Don’s post-Cowan partnership with Wilber introduced Graves’ work to a whole new audience of those who subscribed to Wilber’s Integral Theory concepts. Hence, Spiral Dynamics integral. Don also took Wilber’s All Quadrants/All Levels model and ‘spiralised’ it into the powerful analytical tool 4Q/8L.

Don’s passing feels like the end of something. There are plenty of people using Graves/Spiral Dynamics who have been trained by or worked with Don who will keep those concepts alive. As well as those already mentioned, key figures include Jim Lockard in France, Jon Freeman in the UK and Peter Merry and Auke Van Nimwegen in Holland. Then there are those who have trained with Chris Cowan and still subscribe to his widow Natasha Todorovic’s very management consultancy-oriented take on Spiral Dynamics. But Don somehow gave his constellation hope, vision and a sense of unity which seems to have faded a little over the past year or so.  Hopefully some of those key figures mentioned will emerge into leadership to take Don’s vision forward.

For me, while I’ve had my criticisms of him and we’ve certainly not seen eye-to-eye at times, my memories of him and the differences he made to my life are precious and indelible.