Home » Blog » Coronavirus Crisis: can We go back to ‘Normal’?

All governments around the world are still continuing to approach the coronavirus crisis as though a return to ‘normality’ is not only desirable but possible. Boris Johnson used the term several times in yesterday afternoon’s Downing Street briefing.

A number of recent reports have revealed how the pandemic is exacerbating existing massive social and economic inequalities, both nationally (eg: Philip Aldrick in The Times) – and globally  (eg: Oxfam). This lunchtime Sky News‘ Nick Martin showed how Covid-19 is increasing poverty in the already desperate town of Oldham.

Of course, a return to the kind of normality described in the Oxfam report may desirable for some but abhorrent for others – ultra-Capitalist systems that create “a rigged economy…enabling a super-rich elite to amass wealth in the middle of the worst recession since the Great Depression, while billions of people are struggling amid the worst job crisis in over 90 years.”

This is the kind of normality a great many in the Plutocracy – as defined by Guy Standing (2009; 2011) – and their Elite lackeys in the right-wing media and political parties are working towards developing further. (See: How the Plutocrats are waging War on the Bureaucrats…)

Not only do a great many people not want a return to this kind of ‘normality’…but is it even possible?

Ignored amongst all the jubilation over the remarkable progress of the vaccination programmes in the UK, Israel and Saudi Arabia, with other richer nations working furiously to emulate these successes, is some very dark news about virus variants.

Virus Variants
According to the Daily Telegraph’s Ben Riley-Smith, health secretary Matt Hancock is now saying that new drugs by the end of 2021 could make Covid-19 a ‘treatable disease’. Hancock is promoting the meme that we will learn to live with Covid like we live with influenza. Thousands of deaths amongst the elderly and the vulnerable may occur each Winter – just like they do with the flu (see graphic below) – but annual vaccinations will be offered for free to such people – just like the ‘flu jab’ – and the rest of society will carry on. 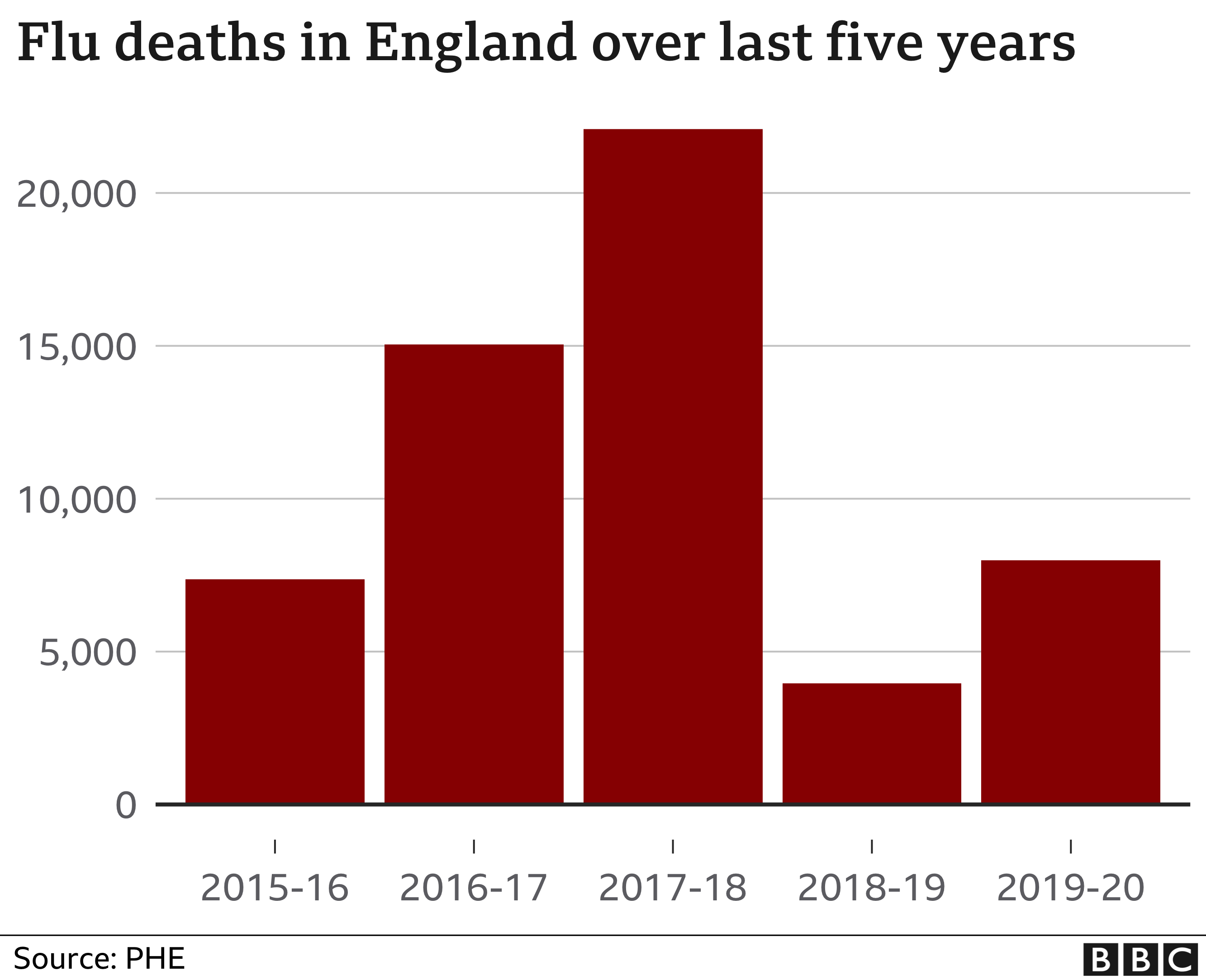 And just like the flu jab has to be reformulated each year to take into account new variations in influenza viruses, so the annual Covid jab will need to be tweaked to counter new coronavirus mutations.

However, Hancock hasn’t lasted long before being criticised by one of those pesky experts the Conservative government has a hate/love relationship with. Sarah Pitt, a virologist at the University of Brighton, told BBC News (2021b): “It’s not a type of flu. It’s not the same sort of virus. It doesn’t cause the same sort of disease, it’s very, very nasty.”

Megan McArdle, writing in the Washington Post at the beginning of February, hints at just how nasty variants of the virus could get. She reports that, in Manaus in Brazil, the variant known as P1 was reinfecting people in a second wave and making them sicker. “Hospitals ran out of oxygen; patients who probably could have been saved asphyxiated. Many of the dead ended up in mass graves.” 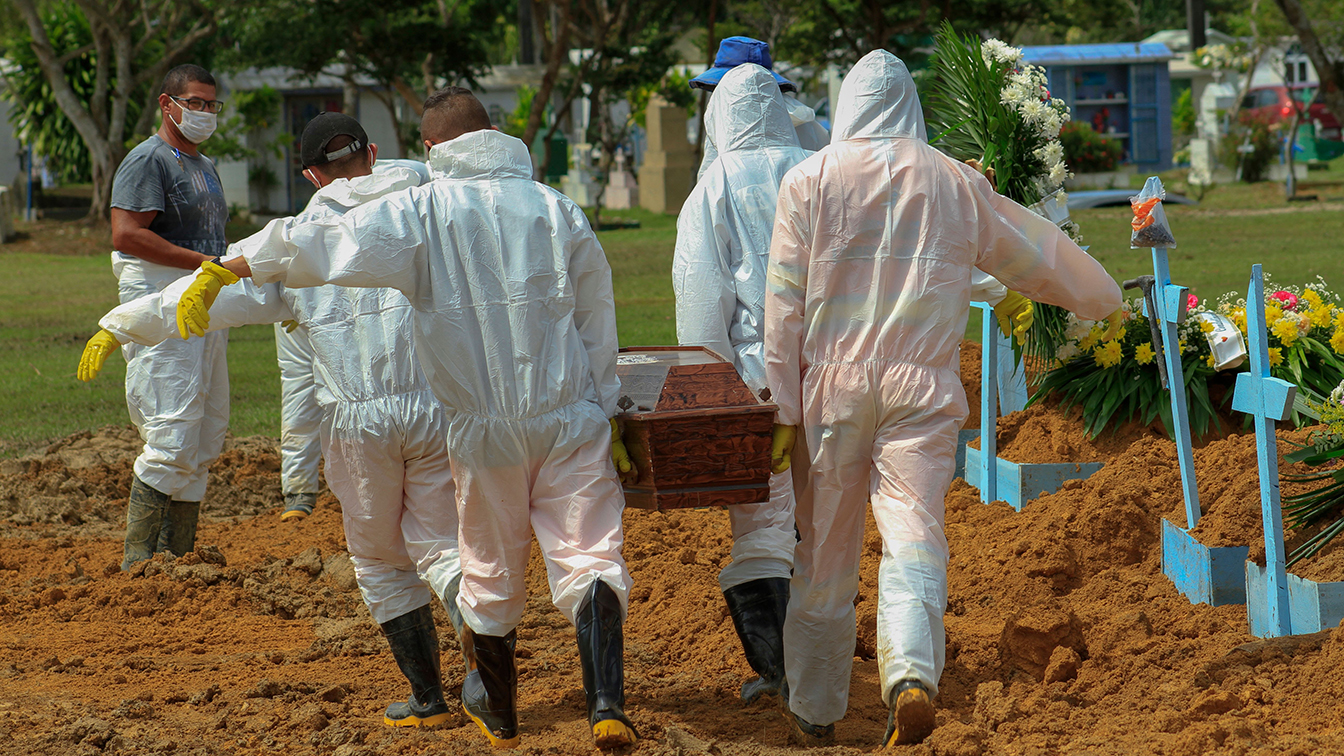 What was concerning was not only both the transmissibility and the virulence of P1, but the estimate that up to 75% of the Manaus population had already had Covid-19 and, therefore, should have had sufficient antibodies to give them natural immunity to the second wave. Over 65% of a population having contracted a disease is usually reckoned to develop herd immunity; clearly this has not been effective in Manaus.

Equally concerning is the new study by Néomie Zucman et al about South African variant B1351, confirming earlier reports that this variant can cause reinfection with greater transmissibility and greater virulence – and that the Oxford AstraZeneca vaccine is less effective against it.

Only this morning Nicola Davis in The Guardian is reporting 32 cases in the UK of a new variant, B1525, with qualities that are “thought to help the virus evade neutralising antibodies”.

Of course, as Sky News’ Thomas Moore reports, scientists are working on variations of the vaccine to tackle variations of the virus in what effectively is “an arms race between the immune system and the virus”. A team at Nottingham University, Moore reports, is working on a 2-pronged approach with a vaccine that will work on both the virus’ spike protein and its nucleocapsid protein; this, it is hoped will limit the virus’s ability to mutate.

But will the Nottingham vaccine and all the other vaccine variants work? And can they be distributed around the world in time to stop the virus mutating exponentially? McArdle points out – as have others – it could take 4-5 years to get the world vaccinated, even if everybody is willing. Every vaccine refuser – and every country or region without adequate supplies of vaccine – provides the virus with multiple human laboratories to develop new and more deadly versions of itself.

McArdle asks the difficult question: “What if the virus gets more contagious and even more lethal, like the variant first identified in Britain, instead of less deadly, like the 1918 flu? What if the virus keeps reinventing itself and evading our immune defences, so much so that it’s not possible to reach herd immunity without continually updated vaccinations? What if the pandemic never really ‘ends’?”

Just by having to have at least one extra annual jab and by preparing for another potential 30,000 deaths per Winter in the UK alone, the world becomes a different place. There is already talk of having to continue to wear masks and maintain social distancing for another year. This may be extended considerably if, as likely, deadly new Covid-19 mutations emerge via the unvaccinated, whether at home or abroad. So governments and politicians need to stop talking about returning to ‘normality’. The normality they envisage – and promote to their electorates – is almost certainly an impossibility. A false hope. Instead our leaders should accept that we are in a process of social change – like it or not – and that ‘adaptability’ needs to be the message, not ‘normality’.

Human resilience is considerable and societies will engage in war and endure its travails with considerable fortitude…but people need to know what they are up against and what the likely outcomes are. This, of course, is no war in the conventional sense – against other humans. Rather, it is a war against an invisible killer disease – and we cannot stand together and fight it side by side. Togetherness – at least in terms of physical proximity – is our biggest weakness.

The PURPLE vMEME, with its need to find safety-in-belonging, drives us to bond with others, especially the more like us they are. It manifests itself as tribalism, with the need to share ground, preferably physical ground, and to defend that ground together. However, while Clare W Graves rolled up safety and belonging into one safety-in belonging motivation, his colleague Abraham Maslow saw them as separate (though complementary) needs on his Hierarchy of Needs. When the killer disease infects those we love and trust and we allow them to be close to us – resulting in us becoming infected – precisely because we love and trust them, then the PURPLE motivation is actually our undoing. We now need to follow Maslow’s model, how ever counter-intuitive it may seem: safety must now come before belonging.

The open-the-economy-at-all-costs Tory backbenchers – whom thankfully Johnson is resisting so far – would sacrifice safety for the pursuit of profit. A ‘toxic ORANGE’ proposal, as Said E Dawlabani (2014) would term it. Such politicians either have little understanding of what is at stake or are unbelievably ignorant. They are rightly lampooned as in the Facebook graphic from Julia Raeside below… 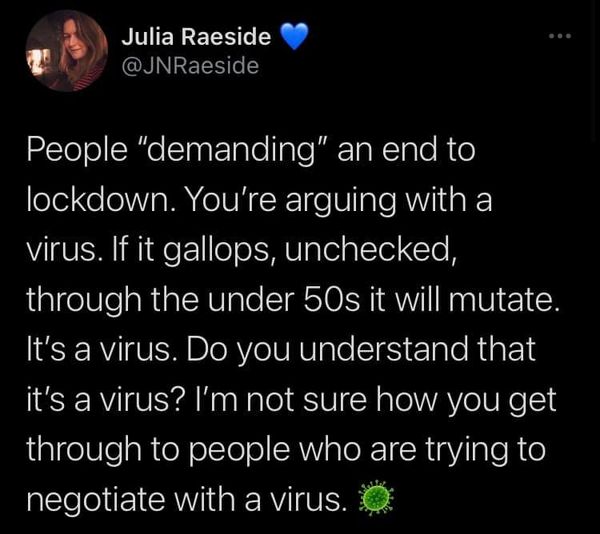 Thankfully, Johnson seems finally to have realised just how serious the situation is and is now talking about only opening up incrementally and with great caution. Presumably the grim headlines when the UK death toll passed 100,00 have shaken him up a bit..?

Although they come at it from vastly different perspectives, both Matt Hancock and Megan McArdle are most probably right: there is no end to the virus in the short or even medium term. It is a war we cannot win until everyone is vaccinated against the very latest mutant variations. Until then, our scientists will be playing constant catch-up with the latest variations. So we do have a to find a way of living with and through the war. There is no chance of returning to how it was in 2019 – and the norms of 2019 will recede the longer the war goes on. For example: handshakes, hugging and kissing people outside your immediate household – even those ridiculous Boris Johnson-style elbow bumps – may all become redundant rituals from a previous age.

In Coronavirus Crisis: Radical Rethink required, I sketched out some basic principles for how we might start to coordinate globally the war against Covid-19. What we now need to add to developing such strategies is to work with people’s expectations, the schemas they have about themselves and the world around us and the values they have about rights and freedoms. This is a war – a total war – and rights and freedoms get curtailed in wars for the greater good.

The ‘new normal’ will evolve naturally anyway. It always does. But, by strategic MeshWORKING, we can anticipate some of the changes that will inevitably take place and prepare for them, making those changes easier to accommodate.

Thus, no more talk of returning to ‘normality’. ‘Adaptibility’ needs to be the new watchword.