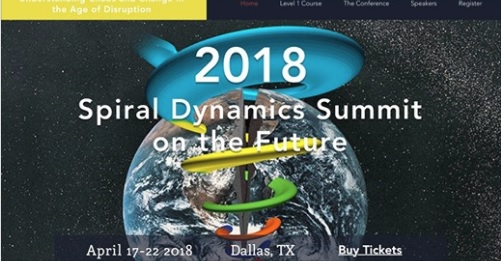 I’d barely been back in the UK 24 hours – following my participation in the wonderful Spiral Dynamics Summit on the Future in Dallas when I learned of the sudden and unexpected death of Tom Christensen on 23 April. To say I was shocked and saddened would be quite an understatement. To my knowledge, Tom didn’t have a serious/terminal illness and he was only 4-5 years older than me. I believe Tom’s last comments on Facebook were less than a couple of days before his passing was announced.

I had been emailing with Tom and also exchanging views with him via the Spiral Dynamics integral elist and Facebook groups for several years. He was a staunch advocate of the Gravesian approach and was a well-known and well-respected contributor to a number of Integral forums. 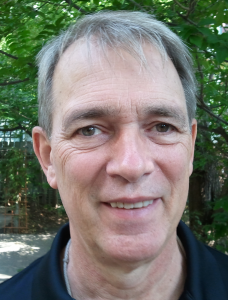 We first started emailing directly in January 2013. Looking back on those first posts, when he had just (sort-of) retired and was in a very what’s next mode, he was infused with a passion for Graves and was like a sponge absorbing and mapping anything to do with Graves and complementary theory and research. He was particularly interested in exploring consciousness and cognitive complexity in relationship to the Gravesian approach. He had already had a thought-provoking piece along these lines, Game is Over. You are Enlightened, published in Integral Leadership Review (ILR).

The books
Tom was involved in the early discussions to found the Centre of Human Emergence USA but became increasingly concerned with the need to build a body of knowledge that could survive the inevitable passing of Spiral Dynamics co-developers Don Beck & Chris Cowan.  He conceived compiling a compendium of case studies using the Gravesian approach and in Summer 2013 began approaching leading practitioners to solicit contributions.

While the late Russ Volkmann (of ILR) was interested in publishing what Tom tentatively thought of as ‘SDi Applied’, the initial dearth of responses from practitioners was discouraging; and Tom was on the verge of abandoning the concept in favour of a book on coaching with Ann Roberts, a coach from Scotland he had trained online in the Gravesian approach. I encouraged Tom to persist and was one of the first to submit draft articles to him. It’s a measure of Tom’s vision, his integrity and his persistence that he eventually marshalled contributions from so many great Gravesian practitioners such as Said E Dawlabani, the late John Cook, Fred Krawchuk, Jim Lockard, Anne-Marie Voorhoeve, Christopher Cooke, Barbara N Brown, Jon Freeman, Bjarni Snæbjörn Jónsson, Laura Frey Horn, Bruce L Gibb, Marilyn Hamilton and Elza Maalouf. 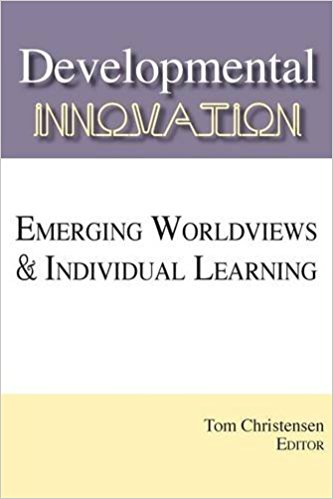 At one stage Tom and Russ thought they might have enough material for 3 compendiums. I have several emails from Tom groaning about the amount of work involved in sorting, sifting and editing! In the end Tom and Russ published 2 volumes: Developmental Innovation: Emerging Worldviews and Individual Learning (Integral Publishers, August 2015) and Innovative Development: Emerging Worldviews and Systems Change (Integral Publishers, August 2015). My contributions, Lives on the Spiral and The Use of SDi in Psychotherapy, were in the former.

It’s little known; but, after discussing it with me, Tom even reached out to Chris Cowan and his partner  Natasha Todorovic – long estranged from Don Beck – endeavouring to draw them into the project and hoping to heal some of the wounds around the Beck-Cowan split. Unfortunately he was roundly rebuffed – “I did contact Cowan, and ‘mellow’ doesn’t fit him in any way. Dead end.” (I had warned Tom that Chris could be notoriously prickly!) (In the same email (30/09/13) Tom told me that Ken Wilber hadn’t responded to an invitation to contribute.) According to a Facebook comment by Said E Dawlabani (26/04/18), there had been at least one more  approach by Tom to the Cowan-Todorovic camp in the Summer of 2015; but that was again rebuffed: “He reported to me that Natasha was quite resistant to the idea (far more severe language describing her reaction that can’t be published here). I can only imagine that Tom’s request came at a time when Natasha was personally overwhelmed in dealing with Chris’ illness.” Cowan passed away that July – see Fare Thee Well, Christopher Cowan!

Also. in September 2013, relations began to deteriorate between Tom and Don Beck, primarily around the role Tom wished Don to play with regards to the ‘SDi Applied’ project. In February 2015 they broke contact formally, resulting in the books being re-titled just before publication. Later, however, Don did offer to promote the books at the Integral Conference that July. (Although not in the compendiums’ titles, the terms ‘Spiral Dynamics integral’ and ‘SDi’ are used consistently throughout the texts.)

Tom set up the Third Generation Gravesians website to promote the books and Gravesian-oriented thinking and projects in general.

In some ways his compendiums are a precursor to Don Beck et al’s brand new Spiral Dynamics in Action book.

“I am done with Graves”
In August 2016 Tom made this startling announcement in a ’round robin’ email – not that he was abandoning Graves totally; but rather putting him “on the shelf, and only the proper Life Conditions 🙂 , will bring him down.” 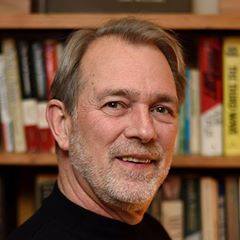 Truth to tell, I was disappointed but not entirely surprised. (I have been through my own disappointments with the ‘Spiral Dynamics constellation’.) At the beginning of the year Tom had told me (email 02/01/16): “No one is calling, emailing, or sending couriers to shackle me and present me at the King’s court to share my valuable findings. In fact, besides the 3 or 4 comments I have received, I don’t know that anyone even knows the books came out….authors included. This could evidence a huge shortcoming in humanity. Alas, I think not. Its simply, that humans are still not ready for the level of complexity needed to appreciate, and apply Graves.”

Clearly Tom expected more from the books – and the ‘Spiral Dynamics constellation’ – than he got. He was also sorely tested by the interactions with Beck and Cowan, telling me these things “do hurt, but I make that a teaching as best I can” (email 15/07/15).

Tom, of course, continued to comment from a Gravesian perspective on Facebook and other forums but focused perhaps more in pursuit of understanding consciousness and cognitive complexity.

Tom was generous enough to acknowledge that my own book, Knowing Me Knowing You, had enabled him to understand temperamental dimensions more and even resolve some of the niggles in his relationships with wife Stephanie and their families and friends.

Tom kept talking throughout 2015-2016 about coming to the UK and meeting up. He wanted us to jam together – me on bass and him on keyboard preferably – or guitar if no keyboard available. In the event it didn’t happen…and now it never will.  The last email communication between us was in December last year. As ever, he was in the throes of learning and recommending reading to me.

Tom’s passing is a loss not just to his family and the ‘Gravesian community’ but to humanity as a whole. At the risk of sounding trite, they don’t come much better.

“Tom Christensen was a lovely human being and a generous warm-hearted friend. His work on the book was a labour of love for everything Gravesian and in earlier times he was very supportive of Don’s work.

The books were published in 2015 at the end of a 2-year gestation and it seems unlikely to me that Chris Cowan’s illness played any part in the responses from that quarter. The bitterness was old and deep.

Tom was a multi-faceted individual – a businessman, a graphic artist and latterly making his poetry visible too. Since the book, Tom became increasingly philosophical and oriented towards the nature of oneness and our experience of it, and how that related to the Graves paradigm. He was an enquirer, a seeker and always curious about all levels of our human experience. Those of us who shared the regular global CHE conversations with him could always expect deep, stimulating and interesting questions and I will miss him for that too. I am sad to see him go, and shocked that he has gone so soon, but I don’t think that I know of anyone who has been better prepared for the transition – whatever he may now be discovering about that.”

Just what is Nigel Farage up to? Overcoming Intractable Elements in the Israeli-Palestinian Conflict through Spiral Dynamics