Home » Blog » Online Censorship: where do we draw the Line?

I am delighted to publish this ‘guest blog’ by Carla White. Carla is an experienced writer and blogger who describes herself as “passionate about looking deeper into the world around us”. She writes ‘alternative’ news posts for numerous websites and also has experience running and maintaining websites. She says: “You can always find me at my laptop, with a cup of coffee!” You can email Carla to find out more about her work.

Social conditioning has a considerable effect on crime. It was Émile Durkheim who first noted the existence of a values consensus when, in 1893, he wrote about a collective consciousness that defines societal norms and makes certain acts unthinkable to conforming citizens.

This idea is one regularly used by governments as justification for censorship. By reiterating the taboo nature of certain topics, they hope to reduce mass indulgence in these things. Admittedly, this tactic has seen success. Child pornography, bestiality and cold-blooded murder are just some examples of topics that incite shock and terror in the hearts of most. However, whenever information is restricted on a national scale, an ethical question is raised. At what point does information control become an active manipulation of the collective conscience?

A brief history of censorship
The existence of censorship for social control is as ancient as society itself. During the Greek era, now-famed philosophers fought to have their ideas heard. For example, in 399, Socrates was sentenced to death for continuing to teach his banned works, and this is not the only example of now-classical ideas falling victims to censors. In 1565, the nude figures of Michelangelo’s Sistine Chapel masterpiece were given loincloths to pacify the outraged religious parties. More recently, as chronicled by the likes of The History Place (2001), Nazi Germany ceremoniously destroyed thousands of books they deemed ‘unGerman’. 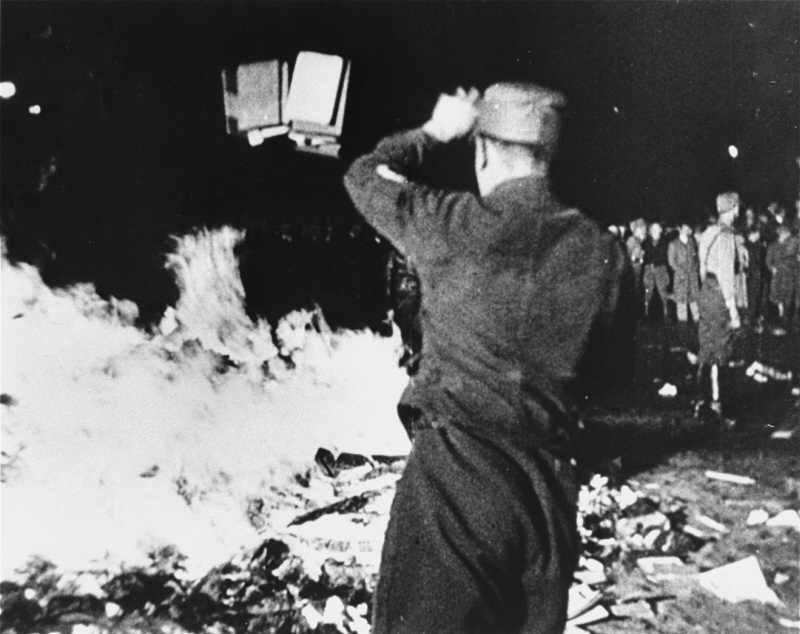 This clear fear of alternative cultural memes is evident throughout history. The risk of an individual’s schemas affecting and changing the status quo has long been seen as a threat to authority. The ongoing attempts to quell free speech are essential in guiding the public to conform to their particular nation state’s paradigm of thought. In essence, censorship happens to ensure the existing established culture is not questioned.

Censorship in 2017
This sort of propagandist activity may seem outdated in the modern world. For most, strict censorship harks back to the era of Joseph Stalin, Nazi Germany and other fascist political systems. However, the practice is still as prolific as ever, although it largely exists in more covert forms.

One of the most prolific examples of this is the censorship of online media. In some countries, the restrictions are so tight that natives only see an incredibly limited amount of information. For example, North Korean nationals only have access to an ‘intranet’, which is run from government servers with content created and approved by authorities. Other countries, such as Saudi Arabia and China, allow international website access but block thousands of individual sites on political or religious grounds.

However, these known ‘enemies of the internet’ are not the only national governments engaging in censorship. Because the World Wide Web is such a vast and seemingly endless domain, many countries create blacklists their citizens don’t even know exist. As we continue to face down terrorist threats, the number of blocked websites is increasing significantly (IFEX, 2012).

Further still, targeted advertising is another culprit that heavily restricts our media experience. Already active on most web browsers, websites and even some TV boxes, this new marketing strategy determines what ads you see via a pre-created profile of you and/or your household.

With endless theorem to surround the psychological effect of censorship – eg: Seva Gunitsky (2015) – the ethical dialogue surrounding the issue is far from over, especially since this attack on information only furthers the plutocrats move for media monopoly and, subsequently, collective thought-control.

Reciprocal Determinism states that our environment, our behaviour and our emotional responses are all interconnected and dependent on each other. If we receive favourable feedback from a situation, then we will continue to act and behave in a specific way. This model is particularly poignant when considering censorship.

As much of our life moves online, our social influences also digitalise. Because of this, our environmental feedback is largely dictated by websites, sharing platforms and social media. However, as the government, advertisers or individual service providers decide most of the online content, our reactions are not an accurate representation of our cognitive responses to the world.

This phenomenon was recently brought to light during the post-election outcry in the United States, as many believed the result did not reflect their social media feeds. It was later revealed by Forbes’ Nelson Granados (among others) that the Facebook algorithm is tailored in such a way that the posts you see are more likely to be from those who share your opinions.

The influence of vMEMES
Knowing the effect of restricting media, it’s hard to see a justification for censorship. However, those on both sides of the fence provide legitimate justifications for their opinions. While it’s true restricting information dictates our social education and, therefore, our mind state, it is also valid that the government needs the power to quash potentially destructive ideas.

The security vs privacy debate is one that is evident in many ethical discussions. Where we decide to draw the line is dependent on vMEMES. This mode of calculating motivations works on the Gravesian model that defines our personal values system. So, for example, while a GREEN view would proclaim that everybody should have access to all information, an ORANGE mindset will believe in publicising content for their gain. The latter provides reasoning for the current government system; they censor online content that isn’t aligned with their chosen social paradigm.

Considering this, it’s clear a universal agreement on online censorship is impossible. However, there are ways to incorporate all opinions. For example, the use of virtual private networks (VPNS) or proxy software allows users to bypass these restrictions and access blocked sites. It is becoming a regularly employed tactic for those with a GREEN mindset, particularly when accessing geo-blocked media outlets, such as Netflix or YouTube. (An example sample of of VPNs for accessing Netflix is available from Lyndon Seitz here.) While some countries have banned the use, others are more tolerant – thus creating a freedom loophole for those who want it. Another option would be a required government list of all blocked sites, allowing citizens to keep track of the imposed social control.

While censorship may be straightforward as a political tactic, its sociopsychological ramifications are much more complex. It’s essential this discussion continues so that ethical boundaries can be established and lawmakers can be awakened to the consequences of their decisions.

Breaking-Up Britain needs a National MeshWORK Just what is Nigel Farage up to?