A few weeks ago I self-diagnosed myself as experiencing a mild dose of Seasonal Affective Disorder (SAD). This milder form of SAD is known colloquially as ‘the Winter Blues’ and clinically as Sub-Syndromal SAD.

Starting on the Sunday of that week, I grew increasingly miserable and even became tearful at times. Over most of the next week I was lethargic, missed the gym, couldn’t be bothered with going out and really struggled to put on ‘a happy face’ for my tutees and adult education evening classes.

Sub-Syndromal SAD is estimated to afflict some 21% of the UK population while full-blown SAD reduces a further 8% to a dysfunctional state (Seasonal Affective Disorder Association, 2017)

The influence of the seasons on health was recognised in ancient times – viz Hippocrates writing (c400 BC): “…whoever wishes to pursue properly the science of medicine…[must] consider what effects each season of the year can produce”. Over 2 millennia later Philippe Pinel (1806), one of the founders of modern Psychiatry, reflected Hippocrates when he encouraged medical students to ensure “due attention is paid to the changes in the seasons and the weather”.

One of the earliest and most poignant descriptions of what we now know as SAD comes from the Arctic explorer Fredrick Cook (1900) who observed on an 1898 expedition: “The winter and darkness have slowly but steadily settled over us. It is not difficult to read on the faces of my companions their thoughts and moody dispositions. The curtain of blackness that has fallen over the outer world of icy desolation has also descended upon the inner world of our souls. Around the tables, men are sitting about, sad and dejected, lost in dreams of melancholy from which, now and then, one arouses with an empty attempt at enthusiasm. For brief moments, some try to break the spell by jokes, told perhaps for the fiftieth time. Others grind out a cheerful philosophy, but all efforts to infuse bright hopes fail.”

SAD was first systematically identified and named in the early 1980s by Norman Rosenthal and his associates at the US National Institutes of Mental Health. Rosenthal was initially motivated by his desire to discover the cause of his own experience of Depression during the dark days of the northern US Winter. He theorised that the reduction in available natural light during Winter was the cause. Rosenthal et al (1984) then documented the phenomenon of SAD in a placebo-controlled study utilising light therapy.  Although Rosenthal’s ideas were initially greeted with scepticism, SAD has become well recognised and his 2006 book, ‘Winter Blues’, has become the standard introduction to the subject.

The association between lower light levels and the onset of SAD was supported by Michael Terman (1988) who found about 2% of the population in sunny Florida suffered from SAD in the Winter compared to 10% in the more northerly New Hampshire. Similar findings have been reported since – eg: Susan Nolen-Hoeksma (2014) who finds 1.4% in Florida but 9.9% in Alaska.

How does SAD work?
Despite years of research, the mechanisms of SAD are not yet fully understood. 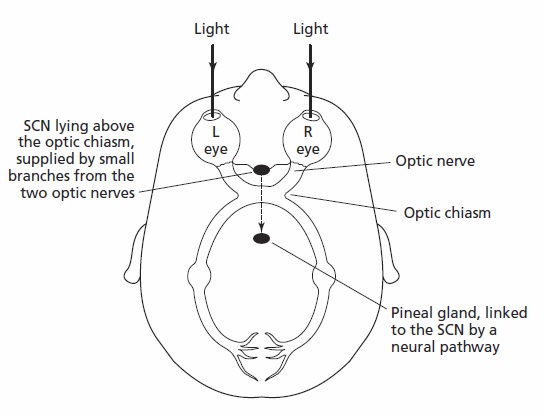 It’s long been established that there is a relationship between increase in the hormone melatonin and decrease in the neurotransmitter serotonin  – though precisely how that inverse relationship works is not understood. When lower light levels are registered by the suprachiasmatic nucleus, the master biological ‘clock’, via its connections to the optic nerve, the pineal gland is stimulated to produce melatonin. Melatonin then floods the pons in the brain stem; when it reaches the level of ‘sleepgate’, the descending reticular activating system effectively sends you to sleep. 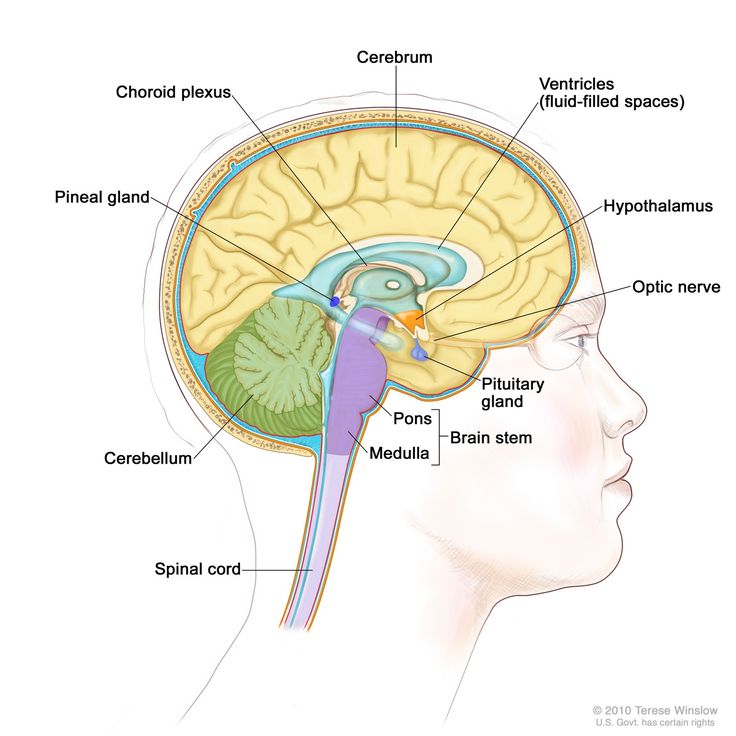 Melatonin is synthesised from serotonin; so the more melatonin made, the less serotonin is available. Low levels of serotonin have been associated with Depression in many studies – eg: Elizabeth McNeal & Peter Cimbolic, 1986; Pedro Delgado, 2000. Raymond Lam et al (1996) relate SAD specifically to serotonergic mechanisms and find serotonin specific reuptake inhibitor anti-depressants are effective in reducing depressive symptoms for SAD sufferers.

Melatonin secretion occurs later in the night and for longer periods in SAD individuals and keeps on being secreted into the early morning, compared to healthy individuals. This can contribute to difficulties in getting to sleep and feeling sluggish in the morning. SAD sufferers also have a longer duration of nocturnal melatonin secretion in Winter than in summer months.

Why me?
There appears to be little – and possibly no – published research into sudden onset SAD as I experienced it. There was no obvious trigger – other than the mildest of disagreements with my wife, Caroline. (The kind of thing we would normally shrug off within minutes.)

Although there is some evidence for a genetic potential for SAD – eg: Pamela Madden et al’s 1996 survey of more than 4,600 Australian adult twins – I’m not aware of any incidence of it amongst my close relatives. So…why me…and why now?

As I tried to fight my way through the misery, I remembered that I had felt ‘down’ during last year’s Winter, bemoaning the seemingly endless weeks of thick dark cloud without the slightest hint of sunlight. Not miserable like I was now but definitely ‘down’. But, in the years before, I had never suffered anything approaching clinical level Depression. So what had changed?

It gradually dawned on me that I could have an increased vulnerability to SAD-type symptoms due to altered brain chemistry as a result of undergoing counselling in March 2015 – see The Counsellor gets counselled. Since those sessions with the excellent Michelle Bradley, I had become more relaxed and less driven as I no longer felt I had to prove myself so much. As NLP founders Richard Bandler & John Grinder (1975) put it, “mind and body are one system”, so there are biological correlates to all thoughts and actions. Slightly lowered serotonin levels and also lowered levels of the stress/arousal hormone cortisol – perhaps a form of epigenetic modification?- could be typical of a more relaxed approach to life. It may be that I have a gene that makes me vulnerable but it has been passed down through the generations in a recessive form until my recent experiences led to it being triggered.

Also 2015 was the first year of working purely out of my home office rather than going out to work, resulting in a more sedentary lifestyle. So reduced physical activity may also have been a factor.

Fighting back against SAD
Unsurprisingly Caroline was concerned about my low mood and bought me a light box. Over the past 30 years since Rosenthal had identified SAD as a distinct psychiatric condition and light as a potential therapy for it, a number of other researchers and commentators – eg: David Barlow & Mark Durand (1995) have identified exposure to really bright light (phototherapy) as an effective treatment for many SAD sufferers. (Light boxes for SAD sufferers are now quite a business and there are at least 3 major brands on the market.) I found half an hour next to the light box for 3-4 days lifted my mood quite a bit. 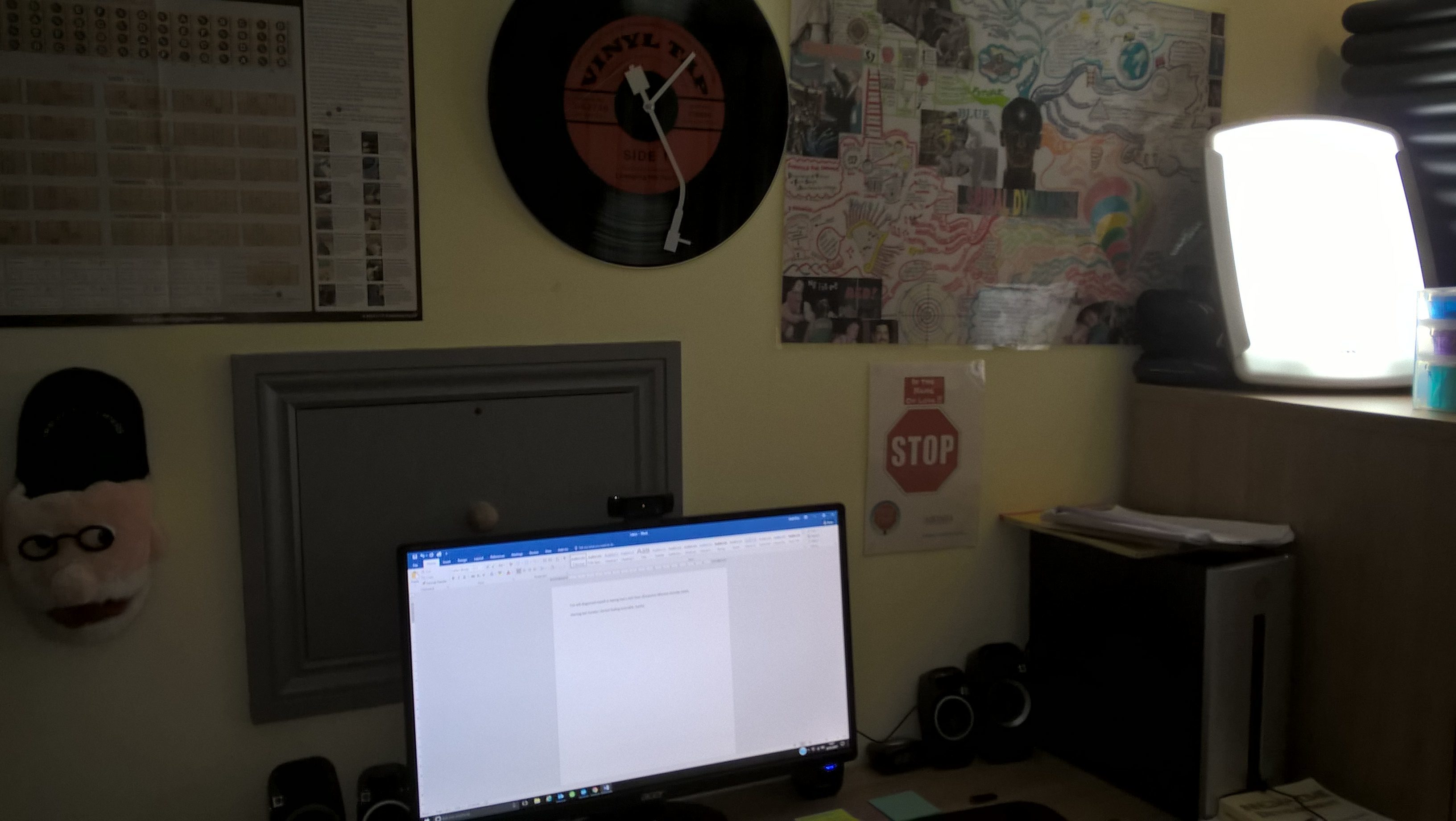 What a difference the light box makes!

Along with that, I made a determined effort to be more physically active. Stephanie Van Goozen et al (2007) is just one research team who have identified that low levels of cortisol are psychologically aversive and that some people deliberately engage in activity to boost cortisol levels. Theoretically being more active should also lead to increased serotonin.

These 2 strategies have enabled me to overcome my slight experience of the ‘Winter blues’ – and I now know how to keep them at bay. When the clouds are thick, dark and oppressive outside, a half-hour with the light box helps keep me balanced. Going to the gym or out for a walk, even when I don’t feel like it, also helps.

Not that I’ve had anything like a severe experience of SAD – but now I’ve got the tools to stop my mild experience recurring. Hopefully.

Putin, Trump and the Endgame for Syria 8 June: Time for a Change!